“you’re likely ignoring your single greatest advantage as an investor.”

Gold remains perhaps the most misunderstood investment asset. So much so that most investment advisors broadly ignore it. Just as remarkable,  even some of the largest fund management groups exclude it as an investment option in their 401k fund options.

Ray Dalio thinks differently as he states clearly above. He must have some good ideas because he runs the world’s biggest hedge fund. Perhaps his greatest edge was learning how gold could be used even in a static investment allocation. Rather than this being investment “heresy” to allocate to an asset without income, his asset allocation strategy has the highest long term Alpha (return relative to risk) of any balanced fund I have ever looked at, and by a wide margin.

Porter Stansberry founded what is now the world’s biggest independent investment research newsletter business, and what he says of investors who ignore gold is simply … “you’re likely ignoring your single greatest advantage as an investor.” 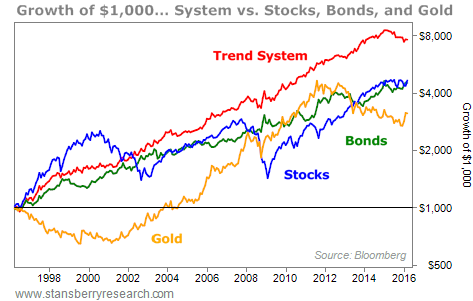 The chart above shows the performance of three main asset classes gold, stocks and bonds. Depending on where you start you could draw different conclusions.

What is immediately clear, however, is the obvious superiority of the “Trend System”, the red line in the chart above.

The ultimate goal of investing is not just higher returns but also lower volatility. By introducing just the simplest system, which combines these three asset classes dynamically, a completely different and clearly superior result can be achieved.

Today, gold has returned to the key criteria for this system just as stocks and bonds are reaching historical limits.

How can you make a financial plan if your high equity allocation could collapses 50% once or twice a decade? It seems a high risk from current levels if you examine this table closely.

According to Hedgeye the current shiller P/E is 26.4 which makes a positive 10 year real return unlikely from US stocks as an asset class. 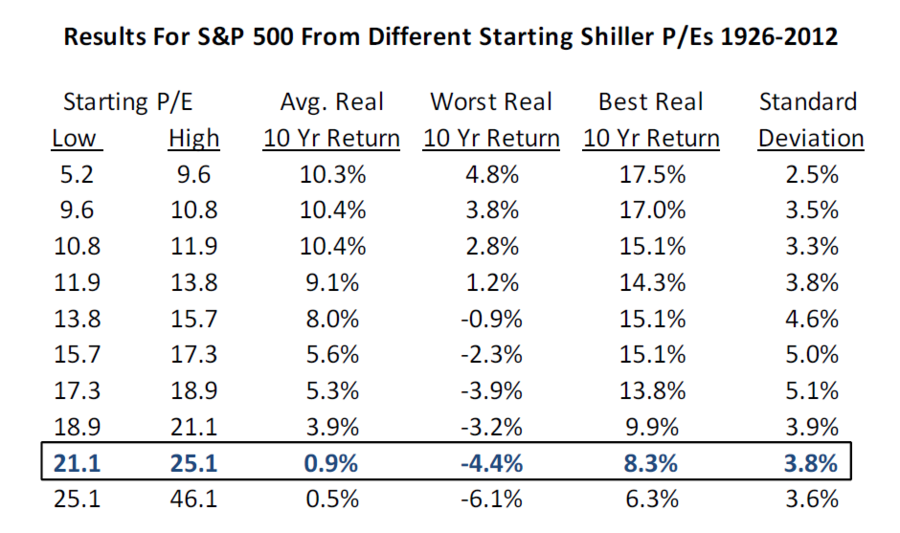 Most investors seem unaware of the extraordinary  divergence of the S&P 500 from reported earnings. Simply, we have never seen this degree of divergence while earnings have been falling! Earnings are already back to 2012 levels and are still falling! Most investors also know that government bonds have never had lower yields. US yields are by far the highest in the developed world, but yield less than 2% out to more than 10 year maturities.

That leaves the third alternative, gold, looking like a better proposition. However, the real trick is how to get to that red line in the chart above, with not only its higher return but also it’s far lower volatility.

The simplest system does the job!

This idea comes from Meb Faber, who first came across the idea from the excellent research firm Ned Davis Research.

Meb ran the numbers from 1971 to mid-2015 (when he wrote about it). The results were similar to the 20-year chart above. Individually over those 40-plus years, stocks did best (returning 9.9%), and gold did the worst. But the simple system crushed them all… Its compound annual gain was 13.1%, and crucially with dramatically lower volatility.

This idea can be developed so much further, of course. I call this process Cycle Dynamics.  http://chrisbelchamber.com/cycle-dynamics/.

There are other reasons why gold is uniquely placed right now.

The monetary system without gold seems to be breaking down, as it always has before. What use is a central bank if it can no longer help the banks? After the ECB has put its pedal to the metal on the policy front, this is what the European banks are seeing in terms of new lending. The transmission system is broken.

To understand the economic and historical importance of gold, best selling author Jim Rickards has a new book which systematically dismisses the common arguments against gold. This would be a good time to get an education. 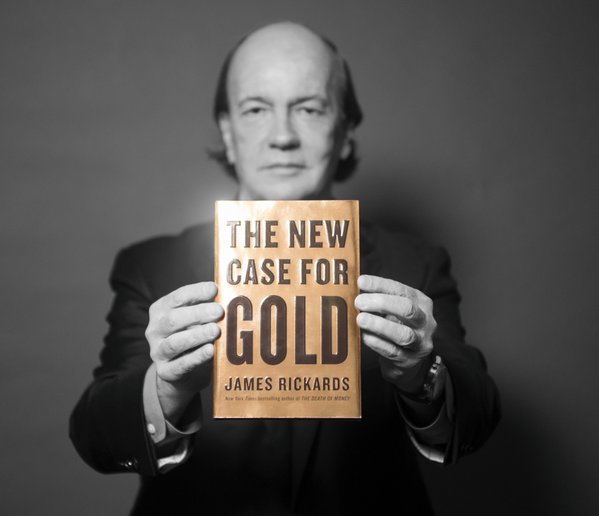 Jim Rickards explains in his recent article in the UK Telegraph why gold is making a return to the official monetary system. Did it ever really go away?

“In 1973, the G7 nations, and the IMF demonetised gold. IMF members were no longer required to hold gold reserves. Gold was now just another commodity. The view of the monetary elites was that gold was dead.

Yet after decades as net sellers of gold, central banks became net buyers in 2010. A scramble for gold has begun.” Jim Rickards

Very few central banks are more influential in this regard than China.

We must conclude that the State Council views gold as part of the coming international monetary system. Why else does it quickly develop the domestic gold market to be embedded in financial markets, surreptitiously accumulate vast gold reserves and establish a framework to boost gold business on the Eurasian continent around the SGEI? In my view, China contributes significant value to its gold strategy in the shadow of the apparent failure of the current fiat monetary system. And if true, China’s central bank having nearly 4,000 tonnes of gold is well on its way to introduce the next phase. 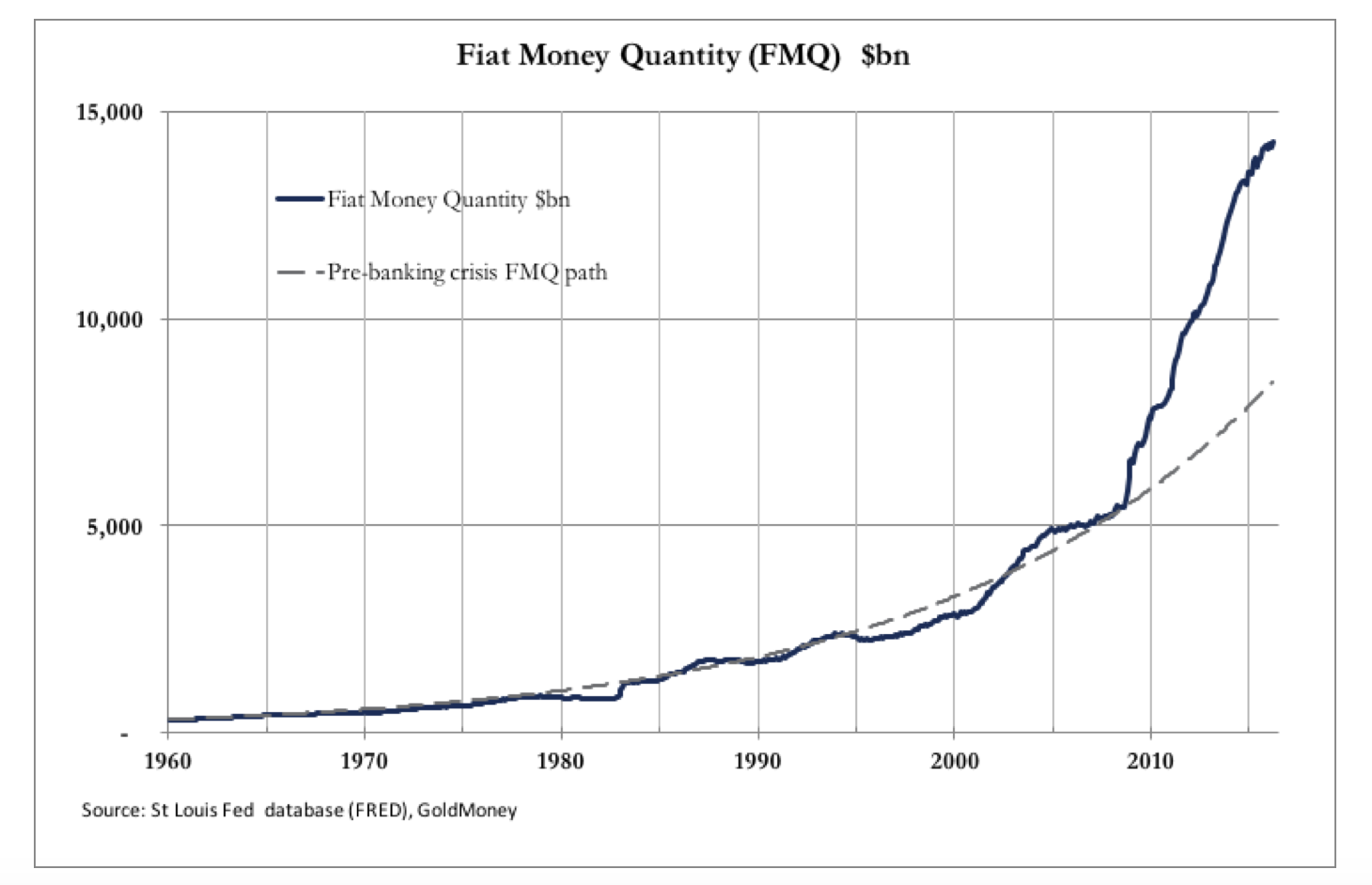 “In March, gold measured in 1934 dollars, and adjusted for above-ground gold stocks at that time, was the equivalent of $12.93. In other words, despite the increased risk of a collapse in the dollar’s purchasing power, in real terms gold is priced at about one third of the level President Roosevelt set in 1934. Therefore, on any monetary measure, gold is extremely cheap, and is back at the levels set in July 1976, and in 1999-2002.”  Alasdair Macleod

Gold is key financial insurance at a time of monetary policy disintegration.

Gold is a key transforming element in cycle dynamic models.

Gold is widely misunderstood and very often excluded as major allocation by both investment advisors and the biggest asset managers.