10 Steps To Foolproof Investing. “Finance Is No Longer Productive”.

“The investor’s chief problem – and even his worst enemy – is likely to be himself.” – Benjamin Graham.

The money management edge is just the beginning.

“Finance is no longer productive”

Joke of the Year?

“The investor’s chief problem – and even his worst enemy – is likely to be himself.” – Benjamin Graham.

The chart above shows the outstanding performance of “True Wealth”, one of the flagship newsletters products of Stansberry & Associates. It soundly beat the S & P 500 over a 13 year period. Good investment ideas well executed clearly make a difference.

However, good ideas executed with outstanding money management techniques are, perhaps even more transformative. The chart above suggests that the same ideas, just traded with different money management rules makes an even bigger difference!

Yet, almost no one ever talks about money management, even though it is likely that it has at least an equivalent impact on investment returns as the quality of investment ideas.

Furthermore, this part of investment management is much simpler to execute. It is just following prescribed rules, rather than making constant complex discretionary judgments at every stage.

If you want a huge and simple edge over the returns of almost every other investor, then perhaps, all you need to do, is follow sound money management rules. For example, here are 10 easy steps: 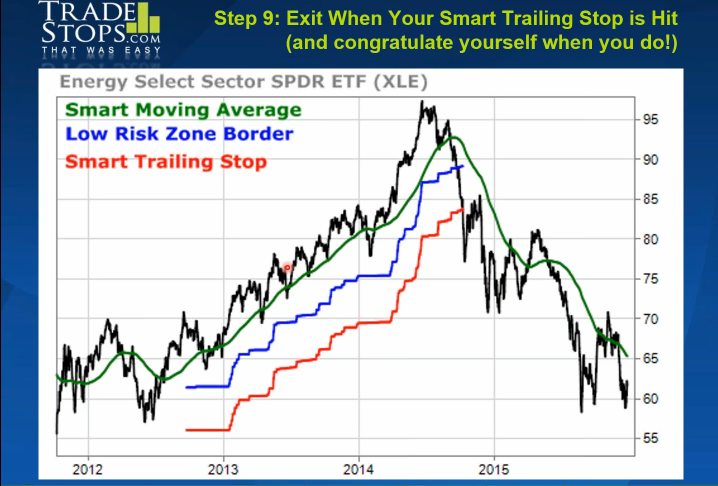 The money management edge is just the beginning.

The Buy/Write investment program I recently discussed has been transformed not just by different buy and sell points, position sizing and other factors, but also by the choice of strike prices for the options, to further optimize this system.

The easiest and greatest improvement almost every investor could make to consistently improve their returns, comes down to focusing on simple execution of basic money management rules.

“Finance is no longer productive”

Beyond selecting a currently valid investment strategy, money management has become even more important than usual because discretionary decisions are working less and less effectively. Notions of value, real underlying economic fundamentals, and the validity of “market” prices have never been more obfuscated and distorted.

There is a simple reason for this.  As the basic integrity of “markets” has continued to decline, the incentives of the financial system have increasingly taken over. So much so that Paul Craig Roberts calls Michael Hudson the world’s best economist, having read his recent book “Killing the host”. 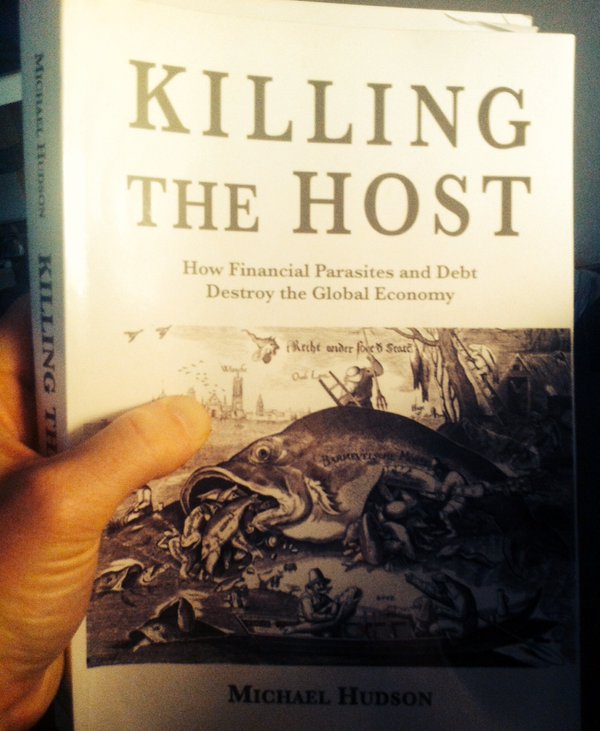 “Hudson shows that Western economies have been financialized in a predatory way that sacrifices the public interest to the interests of the financial sector. That is why the economy no longer works for ordinary people. Finance is no longer productive. It has become a parasite on the economy. Hudson tells this story in his recent book, Killing the Host (2015).”

The dislocation could not be clearer, as the record S&P 500 rally over recent weeks is completely disconnected from growth expectations, earnings expectations, or even what the Treasury bond market is doing.

Institutional investors across the board have persistently sold into the rally, but these flows, together with the data have remained irrelevant to the stock market so far.

“So what is happening? Simple: everyone who has been liquidating market exposure continues to do so, and only the ECB’s bringing back the IG market back to life with its corporate QE, has allowed companies to keep issuing debt and use the proceeds to buy back stock, allowing sellers to find a willing buyer. In the meantime, corporate leverage is rising to never before seen highs.

This unsustainable “out of one pocket and into another” situation will continue until one day, the buyback scam finally ends, and it won’t be a whimper.”

Just about everything “good” about the US stock market stems from continued excessive debt creation, which is enabled by the central banks. At this point, this debt growth has almost no positive widespread economic impact any more.

Buybacks are one form of this, but one of the strongest sectors of the economic “recovery” has been car sales. What happens when we look a little closer? Could that too just be yet another debt driven distortion? 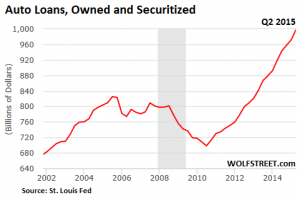 What a surprise! What about the quality of the debt? Surely this couldn’t be a repeat of the sub-prime debt explosion we saw in the housing bubble could it? 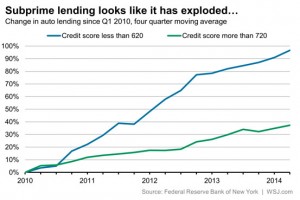 Joke of the Year?

Sadly, when the Fed talks about being data dependent …… well ….. Keith McCullough has a few things to say.