How To “Buy Humilation, Sell Hubris”. Perception vs Reality.

What Client’s Must Know: “Perception versus Reality”

Beyond the Minsky Moment: altered state of low real returns.

So for now the best real asset to buy is ….

What Client’s Must Know: “Perception versus Reality”

“Although the Federal Reserve depends on managers  “throwing in the towel” and chasing returns, your clients’ wealth depends  on your unemotional decision making and clear  communication” 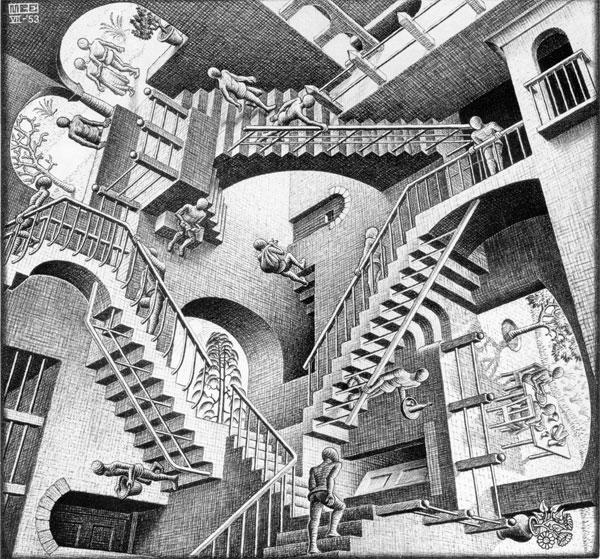 “M.C. Escher’s  famous painting “Ascending and Descending” and recent market trends  have a lot in common. They both portray a lot of up and down  movement and what  many may perceive to be trends.

However, when studied closely, they both show little to no absolute  change in direction.   Combatting perception driven narratives and conveying reality to your clients is vital,  especially in markets such as today that pose significant risks. Frequently a dose or two of reality can help clients diminish

the behavioral pressure of taking an “alternative”  stance  and more importantly help them stick to their long term plan and achieve their  financial goals.

Although the Federal Reserve depends on managers “throwing in the towel” and chasing  returns, your clients’ wealth depends on your unemotional decision making and clear  communication.”

Central banks have invested a great deal in the notion that if the US stock market is rising then all must be well. This has become the main reason that they have supported the huge stock market rally since 2009.

“As our western society continues to consume more than it produces, productivity is not increasing at the rate that justifies the developed nations standard of living as well as the current levels of equity markets. A possible corrective draw-down to the degree shown in this chart is simply “out of the question”!  The central bankers are acutely aware of this.”

However, as the header chart shows, once credit growth and economic growth stall, there is a renewed challenge to keeping the stock market rising. So the Fed has now started to openly discuss printing money to buy equities, in addition to negative interest rates, which are now in place in quarter of the world’s economy. As discussed above, it seems clear we have gone past the point when perception matters more to central banks than reality.

This means that the Federal Reserve has begun actually ignoring data. It simply wants to ignore even the steep and persistent economic downturn over the last two years.

“The U.S. Coincident Index (USCI) ticked down to 171.1 in September from 171.2 in August. Year-over-year (yoy) growth in ECRI’s USCI, a broad measure of economic activity that includes GDP, employment, income and sales, decreased to 1.3% from 1.6%.The chart shows that this reading is lowest since December 2013, a 33 month low, illustrating the pronounced, pervasive and persistent cyclical downturn in growth that has been going on for almost two years.”

Beyond the Minsky Moment: altered state of low real returns.

So investors need to understand that we are now in an altered state, beyond the Minsky Moment. The central banks have become incapable of restoring economic health with the tools at their disposal. The central banks clearly know this from BIS publicly available research.

So now its all about perception but the current narrative is wearing thin. The markets have stalled over the last two years and now they are facing an increasing economic headwind.

Interest rates and bond yields have been driven to the lowest levels in history, as stock markets have reached record levels. According to GMO Asset Management, prospective returns from stocks and bonds have rarely been worse. 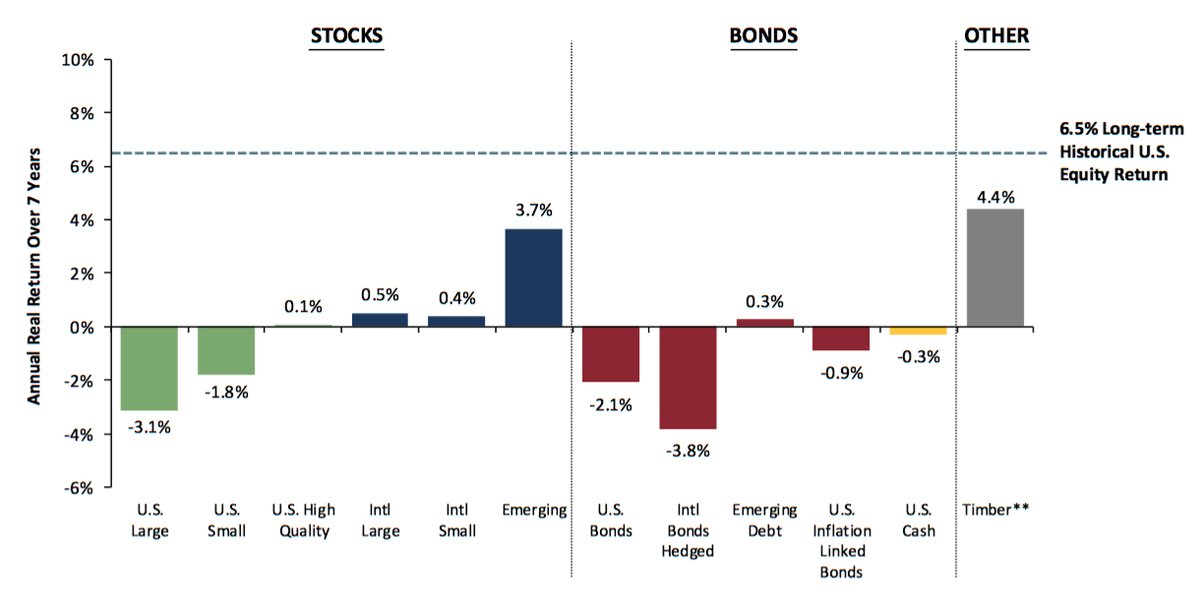 Investors need to look forward to a complete change in circumstances in the investment markets. Just as well! As prospective long term positive real returns are no longer there for most risk assets.

History has shown that printing money is usually the path of least resistance. However, markets will then become increasingly volatile and dependent on sufficient monetary gasoline. Volatility has not been extinguished. It has simply been transferred to the system itself, and the system is now on its last legs.

Either they allow the markets to return to value, which it seems they want to avoid at all costs, or they must massively accelerate monetary stimulus.

This is the beginning of the end of not only the Hubris of our current financial system, but also the massive outperformance in financial assets. As financial assets peak in relative terms another asset class is set to return to the lead.

The chart above shows that real assets are now at all time lows relative to financial assets. The Federal reserve’s policy to raise rates into an economic downturn is still putting deflationary pressure on real assets, but they won’t be able to do this for much longer without setting off a deep recession.

One of the best times in history to buy real assets is just around the corner.

So for now the best real asset to buy is …. 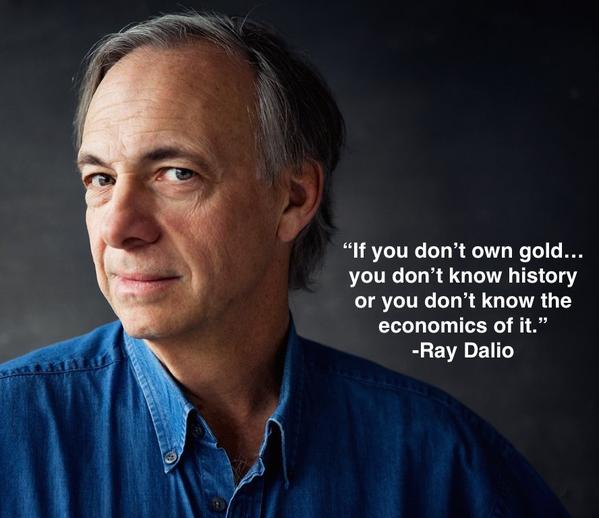 In aggregate even the central banks have become net buyers of gold in recent years. However, a steeply rising gold price would challenge perceptions. Nevertheless, there comes a point when allowing gold to rise in relative terms becomes unavoidable, as a deflationary depression can only be a temporary phenomenon.

The first real asset to buy is gold.