“The way you create deflation is you create an asset bubble. If I was ‘Darth Vader’ of the financial world and decided I’m going to do this nasty thing and create deflation, I would do exactly what the central banks are doing”
Stan Druckenmiller

“The tendency of an inconvertible paper money is to create fictitious wealth, bubbles, which by their bursting, produce inconvenience.”
Lord Liverpool 1810 (UK Prime Minister 1812-27) 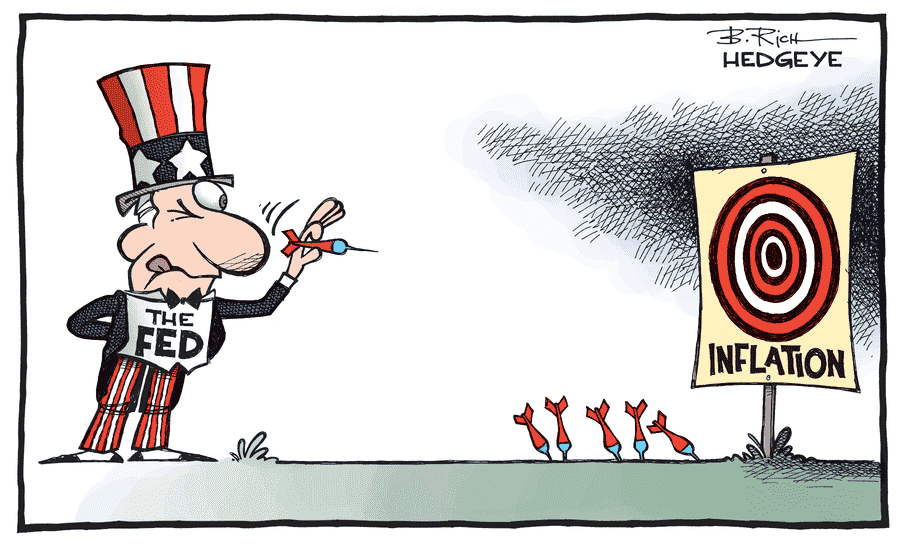 There is nothing new about credit bubbles as described by Lord Liverpool over 200 years ago, and Stan Druckenmiller’s “Darth Vader” characterization of central banks was first used in a 2017 CNBC video. He invokes it again in his 2021 CNBC video, included below, describing accurately a year ago where this ever expanding central bank intervention would lead.

Nevertheless, central banks apparently never see these bubbles. Since 2006, the balance sheets of the major central banks (Swiss National Bank, Bank of China, Bank of Japan, ECB, Fed) have grown exponentially from under $5 trillion to $36 trillion – a 7 fold increase! Do you think this amount of liquidity could have sponsored a spectacular credit boom? Bigger than anything seen before? Maybe a little inflation?

And yet the Federal Reserve, with over 400 economics PHDs, had no issue for months after Druckenmiller’s July 2021 video. Here is a chart of their liquidity injection. 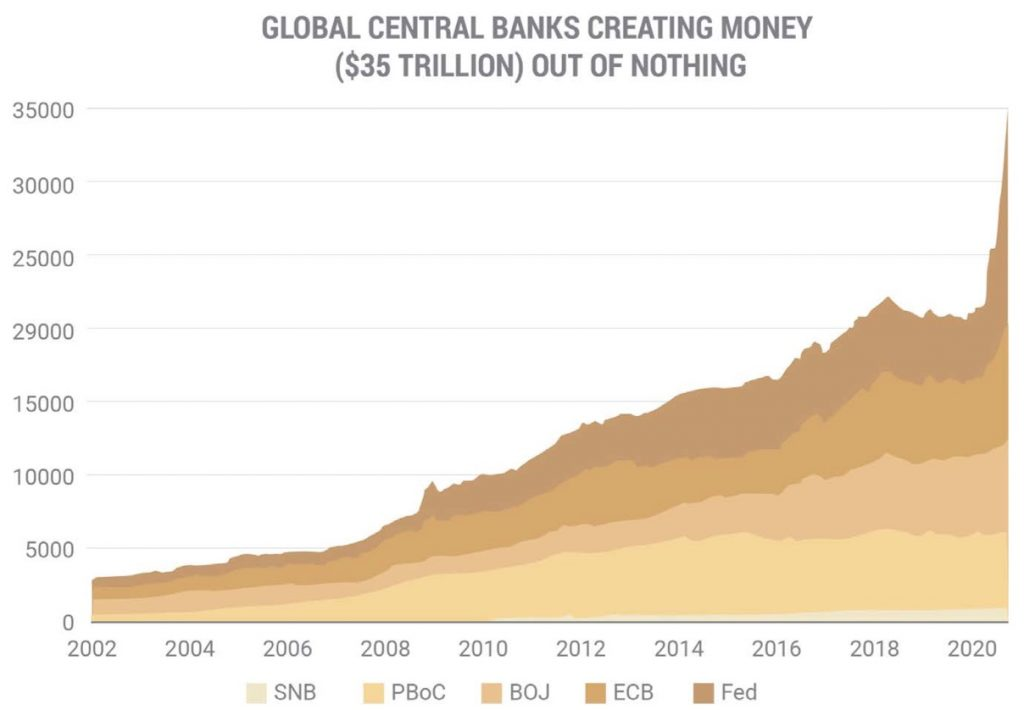 In fact, the fed was still buying assets as late as March 2022, just before raising rates, and just as the economy had started to slow into a negative Q1 2022 GDP quarter! Tightening into a slowdown 8 months after Druckenmiller’s interview.

Finally, the slowdown, which is now reinfored by the Fed’s accelerating tightening is impacting commodity prices, even including oil. Here is the drawdown across a range of commodities from earlier this week. 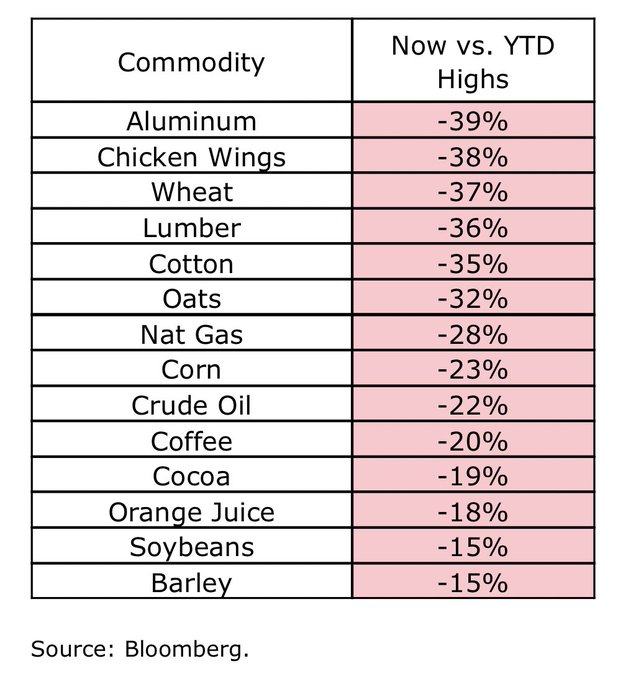 The Federal Reserve is now responding with accelerating rate hikes following backward looking inflation data which showed a new high this week of 9.1%. However, the forward looking markets have started reacting differently.

The chart below shows that over the last month that while 2022 rates are little changed, rates from 2023 through 2025 rates have fallen around 80 bp over the same time as they react to slower economic data and concern about the Fed’s newly discovered inflation fighting stance and apparent overconfidence in the strength of the economy. 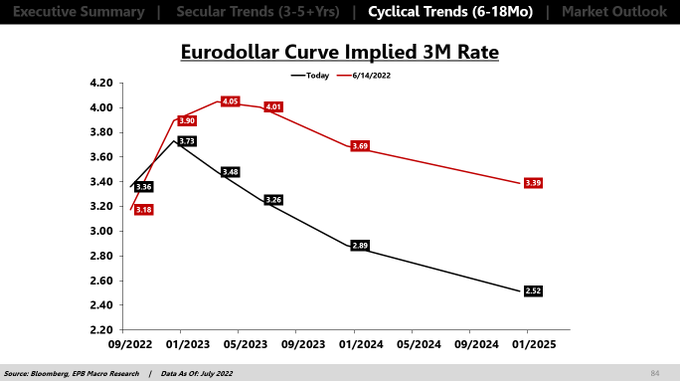 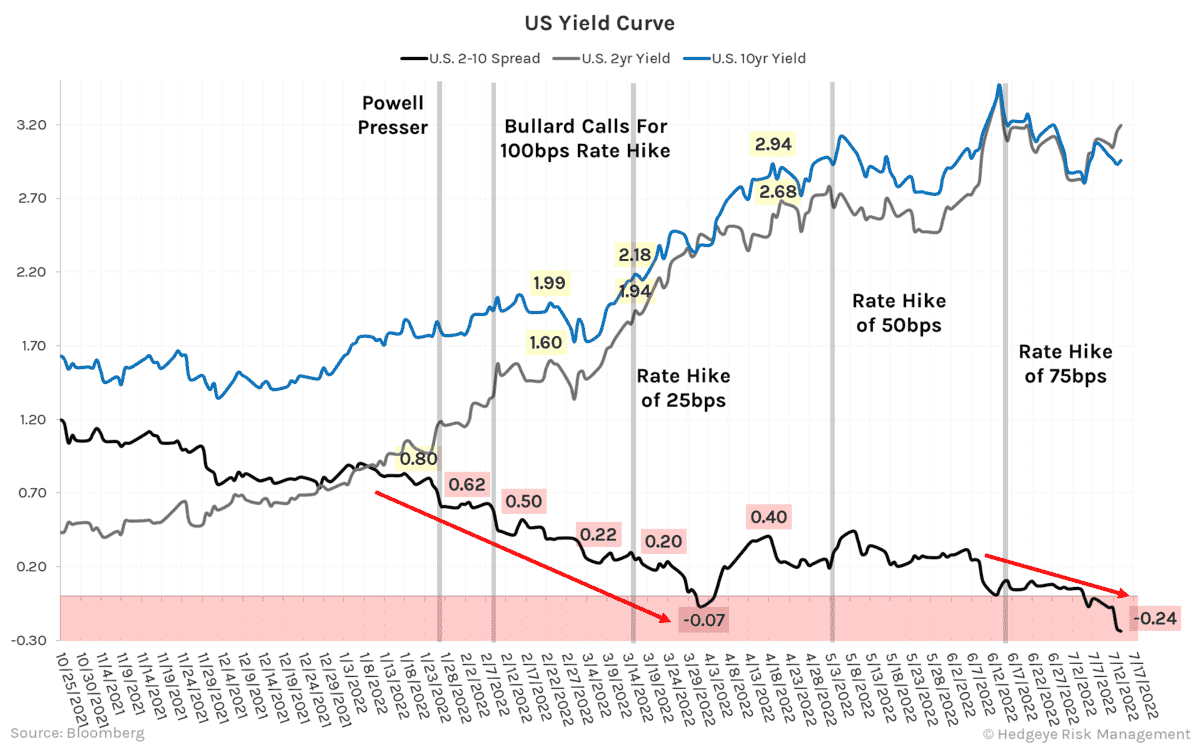 How will the Fed choose between inflation and recession?

The Fed has cut rates during every recession, EVEN when inflation was still high in 1980 or 1974 for example. So rate cuts may come a lot sooner than expected despite all the jawboning. It is also worth noting that stock markets bottomed as inflation was rolling over in both examples.

The Fed’s tragic errors have consequences:

1. If the Fed succeeds in tightening financial conditions enough to try to maintain their reputation as an “inflation fighter” (i.e., trying to lower the inflation they created in the first place), this will likely be the biggest government-caused economic catastrophe since the Great Depression, as predicted here last year.

2. The Fed has become a major source of instability from both the scale and timing of its policy actions. Blowing up the biggest bubble in history, and then intensifying the downturn. This creates enormous waste and inefficiency in the economy.

4. It has just set the record for the greatest negative real interest rates in history.

5. Very likely the Fed will be cutting interest rates at a level below inflation. Peak interest rates below inflation creates a very unattractive basis for a currency. Negative real interest rates have become the norm for the forseeable future throughout an economic cycle. This is a disincentive to savings, and also negatively impacts resilience and stability.