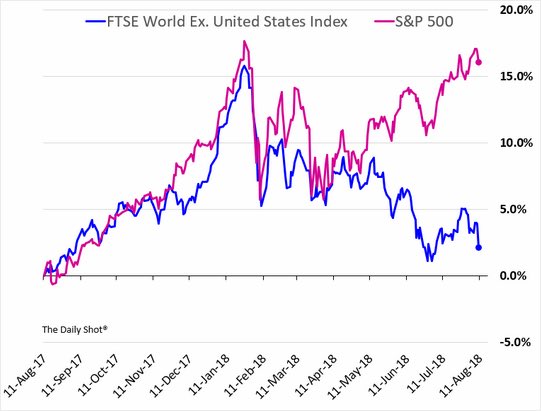 The global equity market performance divergence has continued to widen. It is very important to understand why as mean reversion could be a shock to US investors, with the S&P 500 outperforming global equities by around 15% this year!

Not only has the tax reform boosted after tax earnings, but much of the extra cash has gone into buybacks. Buybacks this year will break all records as shown in the chart below.

Tax reform and Buybacks are main factors in US equity performance versus international stocks. 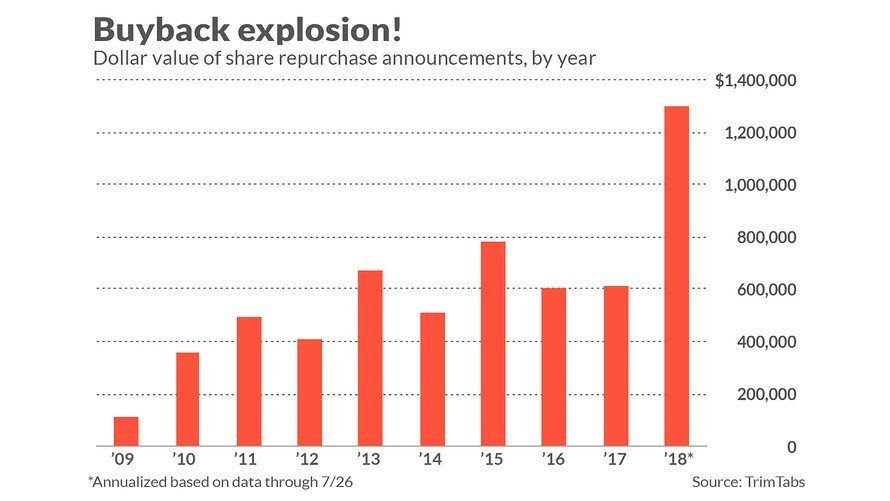 The buybacks have varied a great deal from stock to stock, and have contributed to very uneven performance in the US equity market this year. In fact, the S&P 500 had a negative return in the first half of 2018, if you exclude just 5 stocks, as shown in the table below. 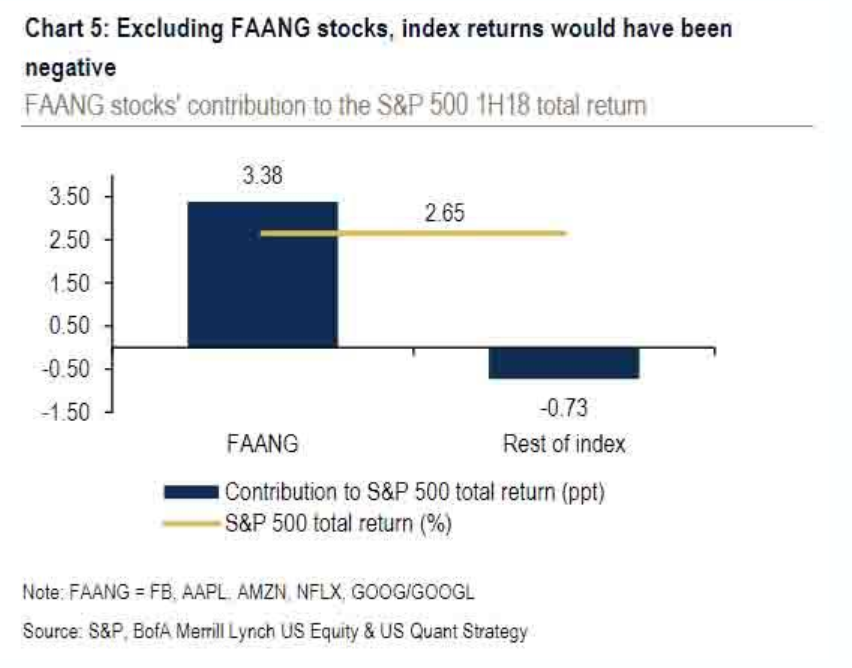 What happens next year when the Tax Reform shift is over and comparisons become very challenging?

What is very revealing is that if the economy and markets were sustainably strong, ex-deficit spending, then tax revenues should not have been weak over the recent multi-year period.

The charts below show that over the last few years, that tax revenue growth has been unusually weak. The weakest, outside recessions since 2000.

This means that the economic growth over this time stems mainly from record deficit spending. After the tax reform boom over the last year or so, the year over year growth comparisons will soon become challenging without another sizeable tax package, which is unlikely. 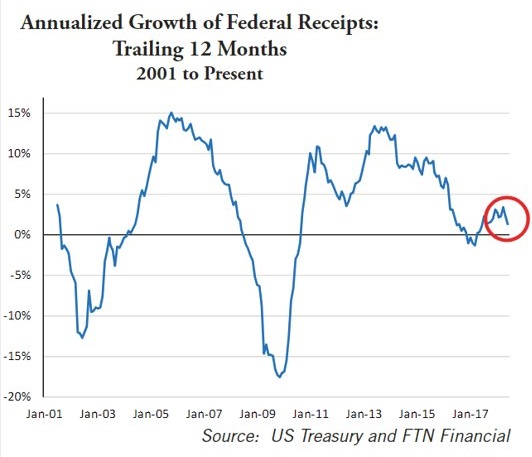 It is remarkable how debt has become an apparent universal solution for economic problems. While I believe it can provide short-term boosts, the longer consequences can be sobering as fiscal limits come into view.

“Indeed, even studies analyzing a positive effect of public expenditure warn that advanced and indebted economies are on the verge of their fiscal limit and their estimates lose credibility (“the effects of the monetary and fiscal policy instruments become unpredictable, and specifically, fiscal policy announcements lose credibility “).

The real conclusion – that the multipliers are very low or negative in open and indebted economies – is what is highlighted in the study by Corsetti et all (2012) ” What Determines Government Spending Multipliers? : “Fiscal multipliers are negative in times of weakness in public finances”.

Why should we expect anything different from the recent US fiscal deficit explosion?

If we assume the main reason for the recent strength of the US dollar is an accelerating shortage of US dollars, rather than growth, then it appears the story about the recent strength of the US dollar may also be much more challenging. On this perspective, the Fed may well be overtightening policy, through a combination of interest rate rises, and QT, while the global problem of excessive foreign commitments in US dollar debt is applying unexpected pressure on economies around the world.

It is becoming increasingly challenging to see why US growth assumptions are not due for some mean reversion in the quarters ahead.

The CRB index, shown below, certainly seems to already be aligned with this view, with the new trend over the last 3 months. 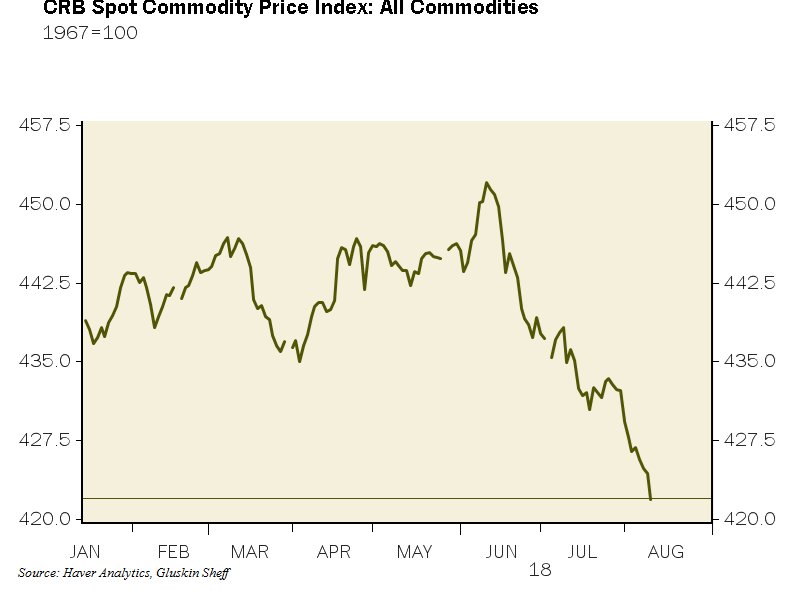