“Inflation is a very serious subject, you could argue it is the way democracies die.”
Charlie Munger

Now that the Fed is finally trying to address inflation with higher interest rates, the bond market is trying to price in how far yields will have to rise to get the job done. The problem is that bonds have no clear anchor at record low negative real yields and have been in a clear downtrend all year so far.

Already, this is impacting growth. The chart below shows how far mortgage rates have already moved. 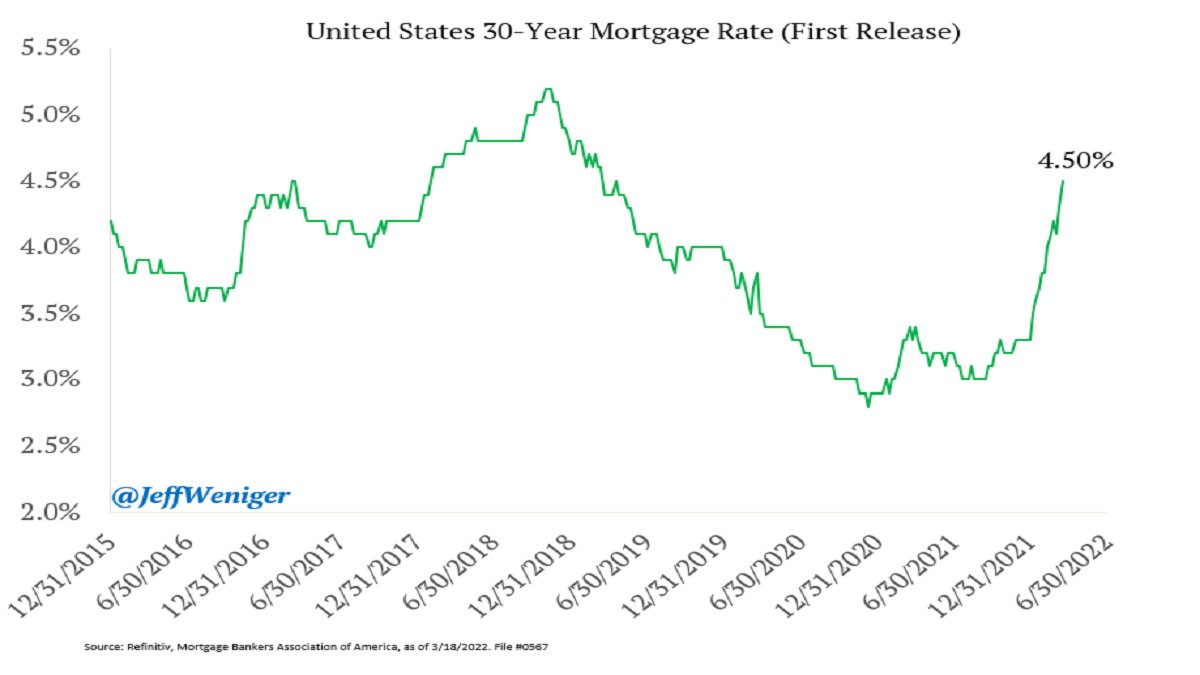 Already new home sales declined in February for a second month, even before the latest rises in mortgage rates.

Interest rates are already having an impact on growth, but how much higher do they need to go to contain around 8% year on year increases on CPI, which may still be rising?

The chart below suggests that history shows that real rates may need to get close to real GDP growth to slow inflation. 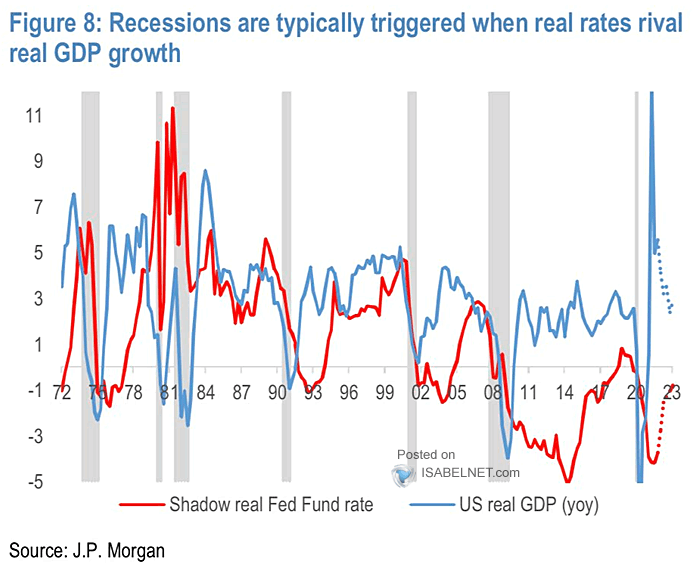 However, even assuming real growth around zero, yields would have to get to the current level of the CPI, around 8% to get close to that standard. It is hard to conceive how rates could rise anywhere close to those levels, without a severe recession.

The bond market is trying to dynamically figure out the levels and timing of future interest rate moves through the shape of the yield curve. The chart below shows that markets are now discounting 2.25% at the end of this year, but at the same time, the more rates have to rise this year, the more the market discounts falling interest rates before the end of 2024. 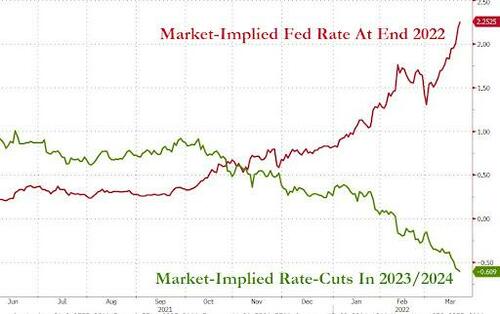 The markets are expecting an ever growing collision between the Fed’s needs to contain inflation and the probability of a collision with declining growth. What seems most likely is that with growth already in decline and the Fed in a hurry, so they say, to raise interest rates that growth will be weak for some time. This is what the yield curve between two years and ten years has already been discounting. 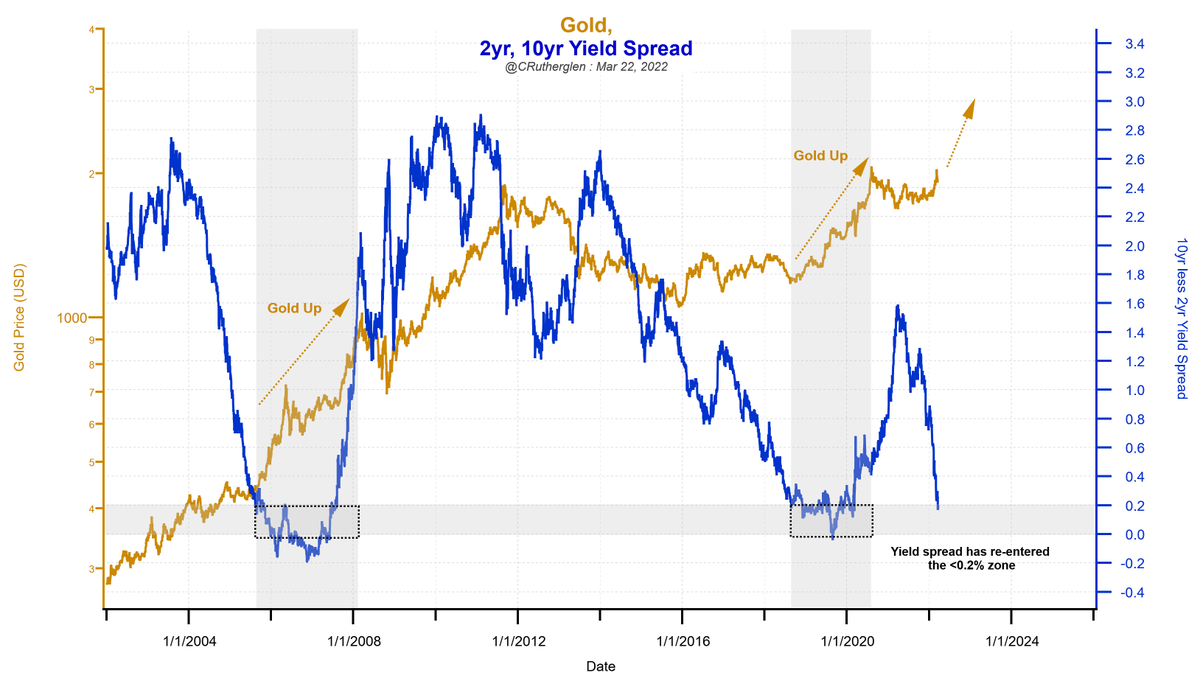 After two years of strong growth, a different allocation makes more sense. For example, while gold fell last year when growth was strong, the chart above shows that when the yield curve discounts a weak growth period ahead with the two year/ten year yield spread below 20 bps, in the past, gold has trended strongly higher.

There are similar considerations that should be applied to your whole portfolio. The bond market has an impressive forecasting record.