“ … not included anywhere in the Constitution was the Federal Reserve, allowing it the power to guide interest rates ever lower or infinitely purchase assets.”

Economic policy has now defaulted into exploding debt and central bank asset purchases, or MMT all the time. This a clumsy policy approach which can mean that too much liquidity makes markets soar far beyond any normal link to economic fundamentals. Too little liquidity and markets collapse trying to find some kind of sensible valuation, at least until central banks panic again with another round of massive liquidity injections.

How well is that working for the natural underlying economy? The chart above shows the ex federal debt economy has collapsed into a depression since 2007, and it just took another dive.

Last week the ECB joined the Federal Reserve in deciding to generate enough electronic digits to compromise any notion of natural price discovery. At least for now.

One way to do that is to soak up all net issuance, so investors are no longer really required. 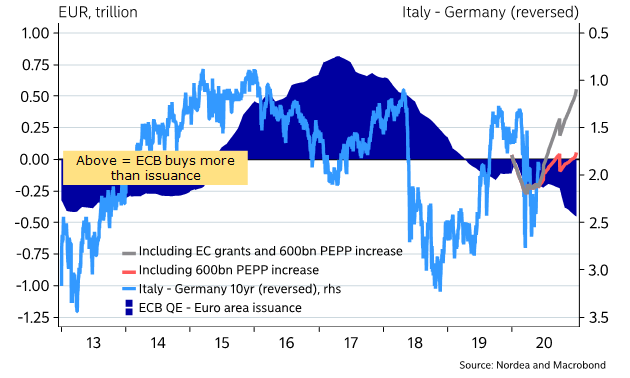 The ECB liquidity take off, along with other central banks, turned around the markets on a dime. 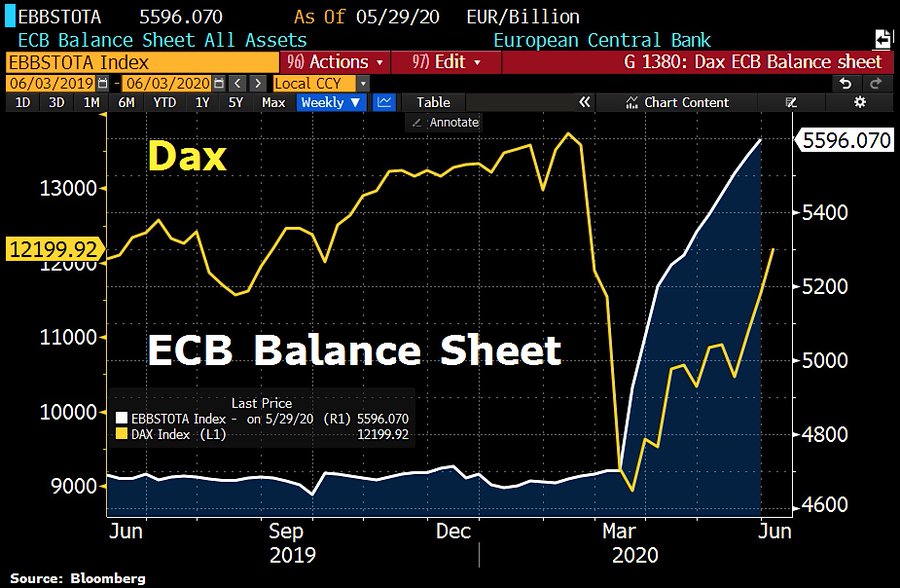 “Welcome to the first massive financial asset bubble inside of a recession.” 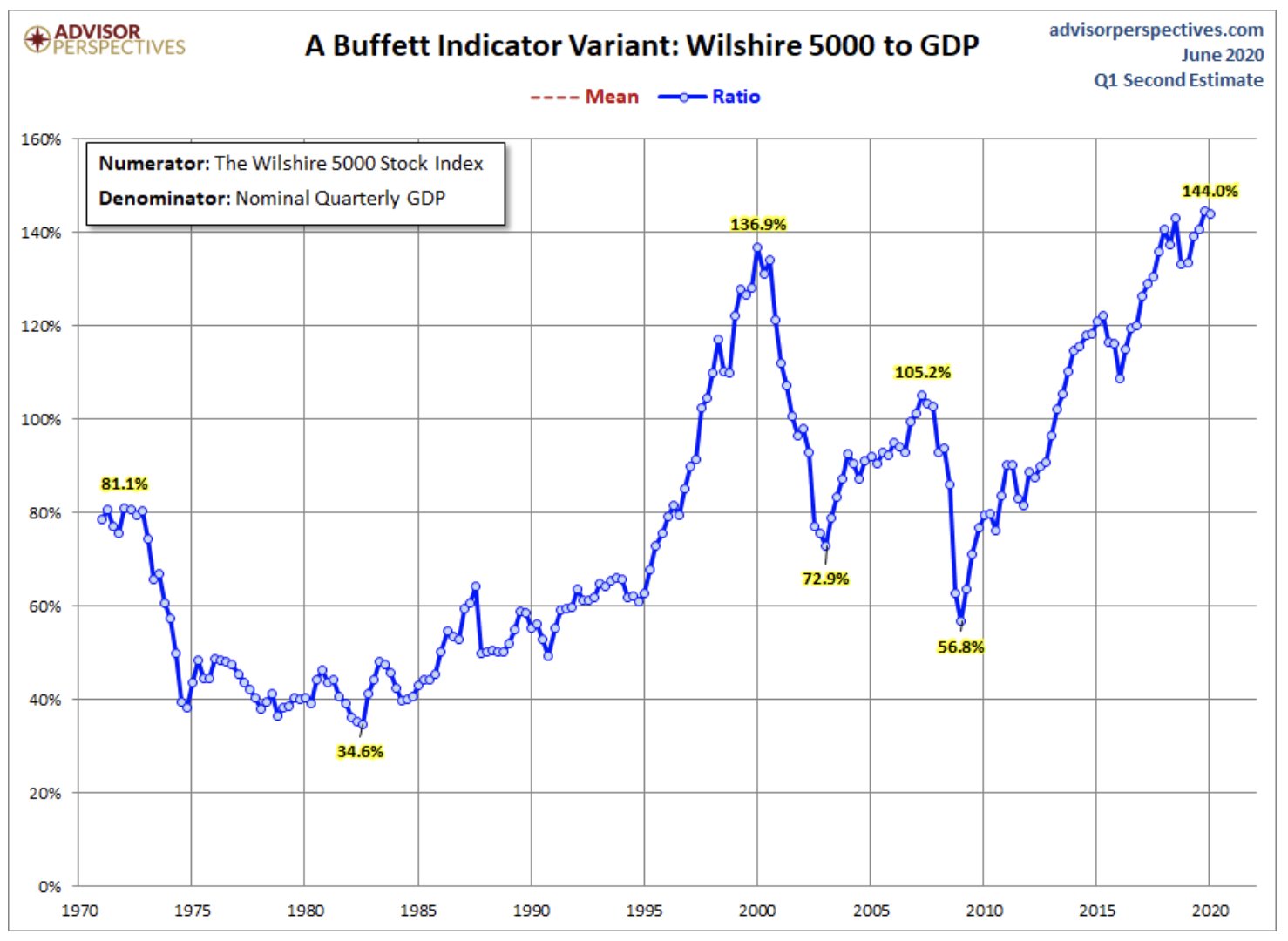 The central banks are achieving new levels of mastery in setting market prices, but what happens when you destroy the natural price setting mechanism?  Capital is badly allocated, productivity collapses and so long term growth potential declines.

Take for example what has happened since the Federal Reserve got involved in the Corporate Bond market in March this year. With corporate debt already at records, did corporations really need to further increase debt at a record rate in the middle of the worst ever recession? In a natural world that doesn’t happen. 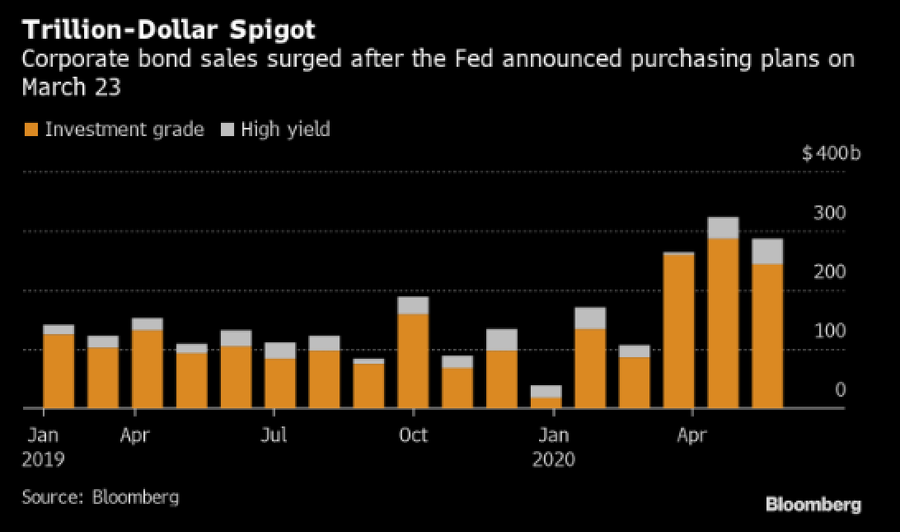 It is not clear this will provide any economic boost but it will further destabilize corporate balance sheets. As shown in previous notes, record corporate bond issuance over the last few years has not generally increased growth, profits or employment, but it has generated buybacks to inflate asset prices.

The central bank’s focus on asset prices has reached the point where instead of markets ebbing and flowing in line with natural economic developments, professional traders are now discussing the possibility of S&P 500 at 4000, even with the US economy in a recession. Why not 5000? After all, it seems that the worse the economy gets the more the Federal Reserve prints!

Investors may come to realize that central bank policy is not and has not worked in favor of the economy though. Even the central banks themselves have been worrying about this since last year.

If so doubling down on failure is unlikely to work either, and at some point it could spiral out of even central bank control. If that is the case the short and long term outlook could be very different. And who knows when the long term becomes the short term.

If central bank policy continues to fail economically there is no telling how high the markets could go as the central banks continue to double and triple down. Beyond that there will ultimately be a point where it becomes clear that you can’t print jobs and revenues, and debt may finally suffocate the system entirely.

Martin Armstrong’s remarkable “Socrates” system has long indicated that we are on track for a monetary system reset. It looks like we are right on track for 2021-2022. Until then be ready for anything.

“This report deals with the coming Monetary Crisis Cycle and the reset we historically go through periodically. This is due in 2021-2022 and we can see this coming like a train approaching down the tracks. First there was the Inverted Yield Curve, then the Repo Crisis, now the Central Bank Crisis, and next the Monetary Crisis. Welcome to the interesting times of the 21st century.”