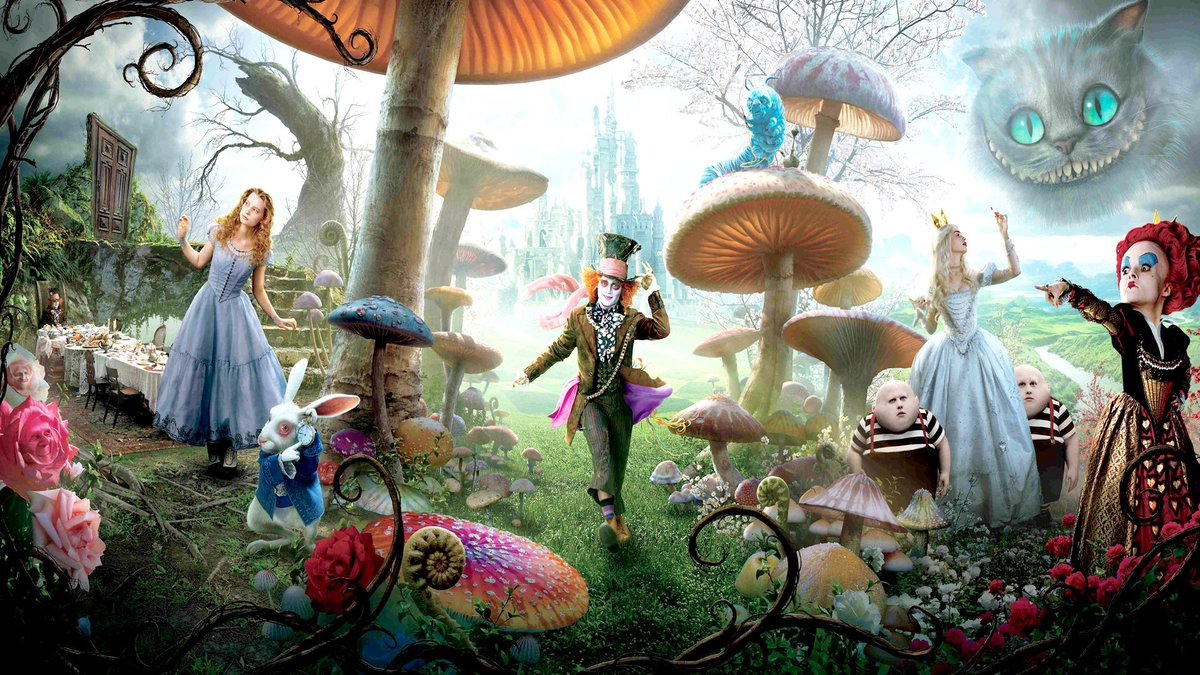 If you feel as though you are walking through an Alice in Wonderland film set, you are probably not alone.

It appears “Out of sample” market experiences are proliferating across many market measures.

I believe this “out of sample” experience is the direct result of conflict between two massive forces colliding at an accelerating rate. The natural organic development of markets, and unprecedented interventions from policy makers.

Objectively, it can be shown that this is exactly what is happening. The chart below shows that returns across all assets over the last 120 years have experienced both the best and worst extremes in performance just in the last year or so. 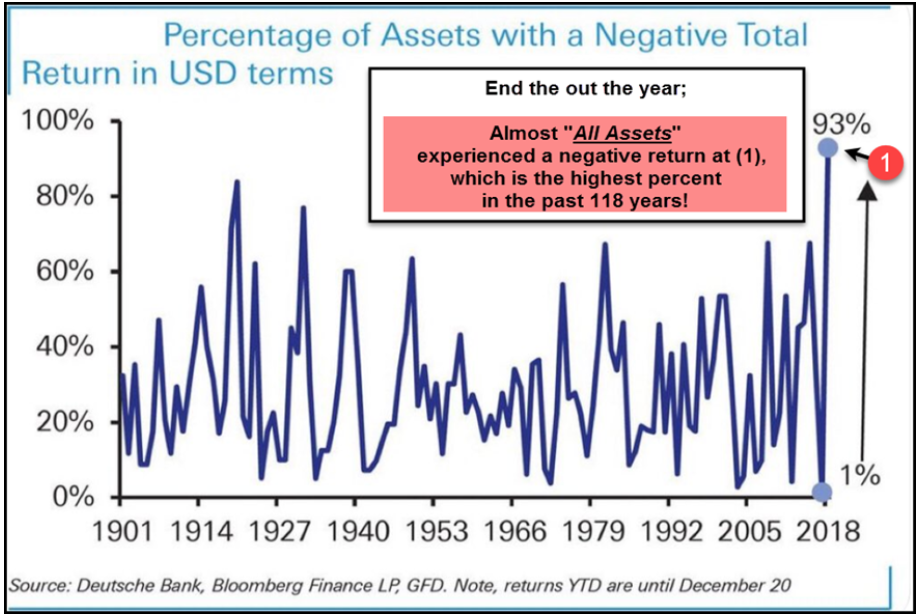 In Q1 2019 the variation in US government bonds relative to US equities was also “out of sample”. Government bond yields have never fallen this much, while the S&P 500 rallied this much. 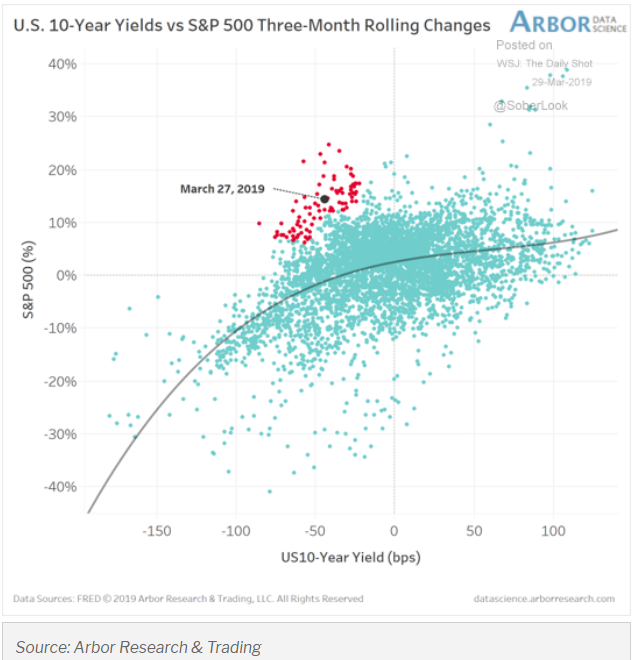 Government bonds yields fell naturally as world growth collapsed to the lowest level since 2008 (see below). US stocks rallied as intervention and policy changes came to the rescue of the stock market.

It seems that as interventions and policy changes have begun to fail, they have to become increasingly more violent.

Today the market’s focus is heavily concentrated on the Federal Reserve’s every utterance and every possible interpretation. 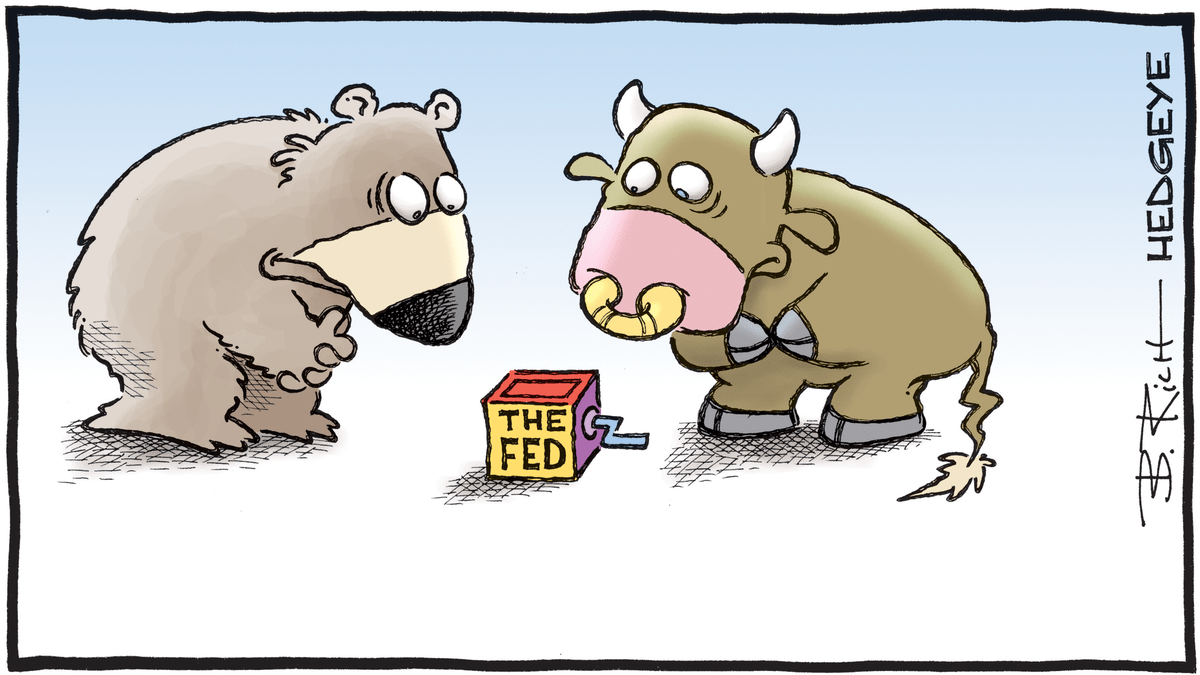 Rightly so. The Federal Reserve has dominated markets ever since 2008.

“The bull market of the past decade since the Great Recession has been an unusual one: despite all of the economic damage that occurred during the global financial crisis and rising risks (including global debt rising by $75 trillion), it has been the longest bull market in history. The explanation for this paradox is simple: it’s not an organic bull market because the Fed and other central banks keep stepping in to prop up the market every time it stumbles. Though the Fed has two official mandates (maintaining stable consumer prices and maximizing employment), it has taken on the unofficial third mandate of supporting and boosting the stock market since the Great Recession.

The chart below shows how the Fed or other central banks have stepped in with more monetary stimulus (quantitative easing, promises to keep interest rates low, etc.) every time the S&P 500 has stumbled over the past decade:” 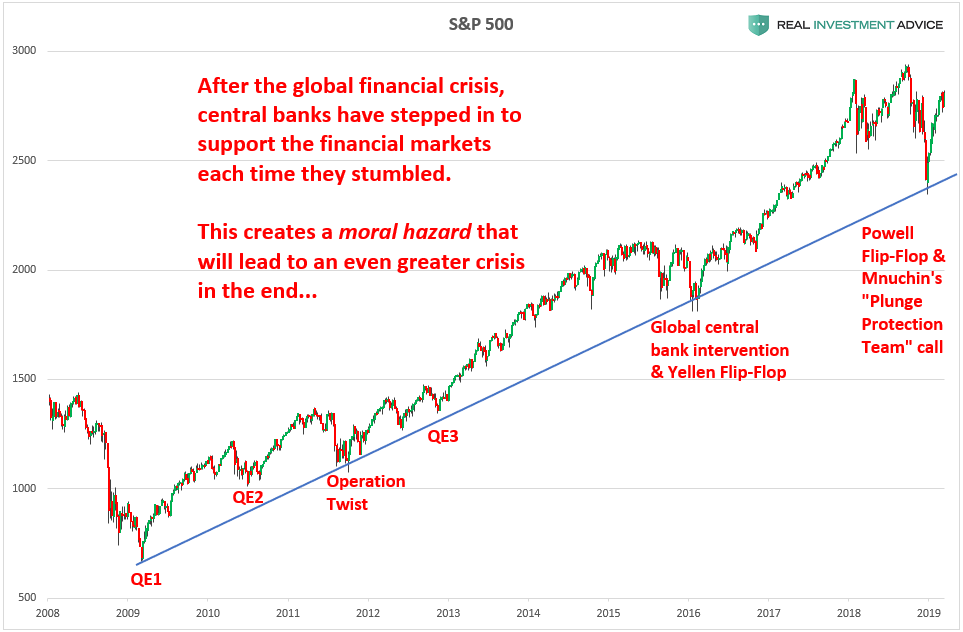 Here is a chart of the valuation metric that correlates most closely with actual subsequent long term US Equity market returns. 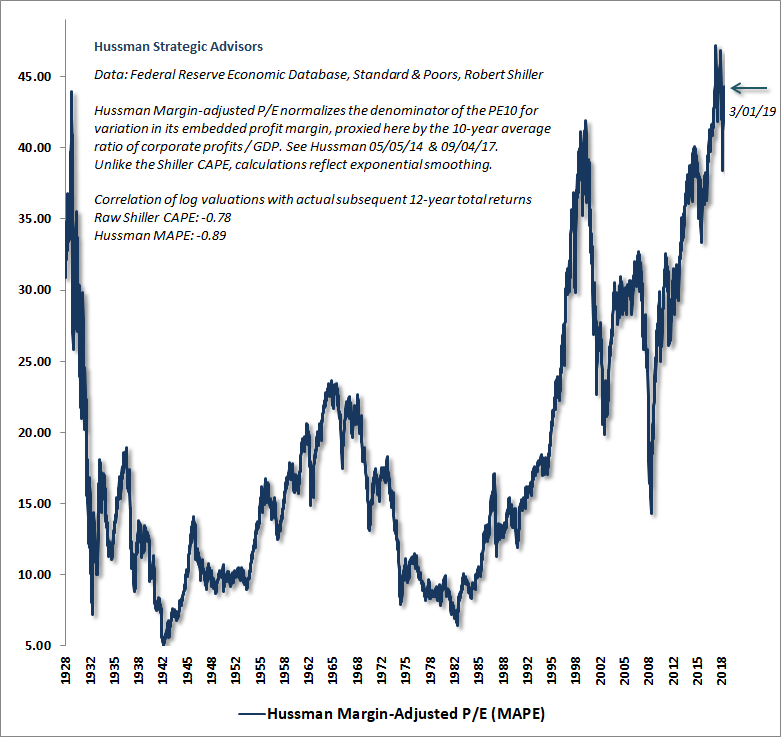 Currently, the 90 year track record of this measure, shown below,  estimates the 12 year nominal expected return on the S&P 500 will be around MINUS 1%. Let’s call that a bubble. 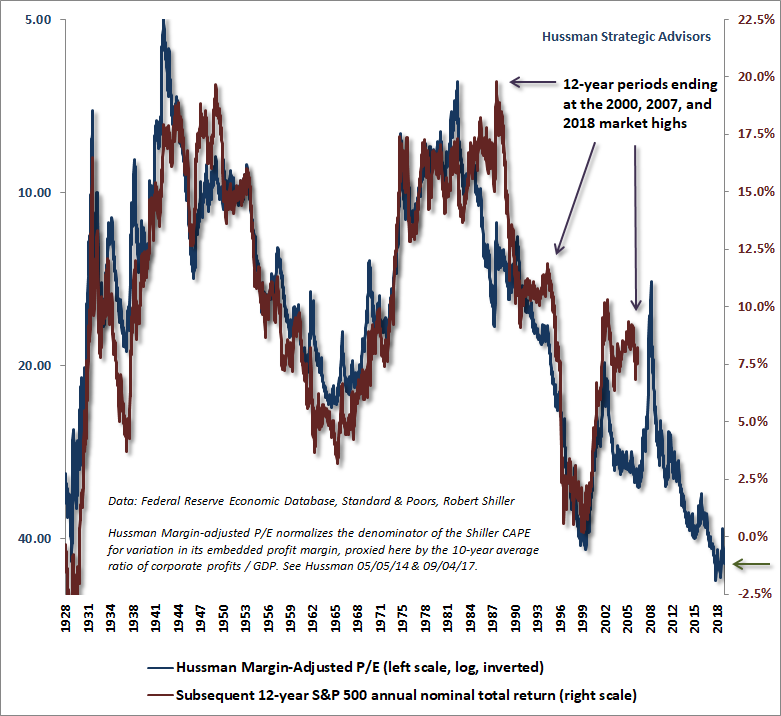 Of course, that tells us very little about what the S&P 500 will do in the next year or so, but if you are considering a long term strategy beyond that then this is key information that should be considered

In addition to this long term risk, the world economy is now at its weakest since 2008. Not really much support for the highest US equity valuations in history. 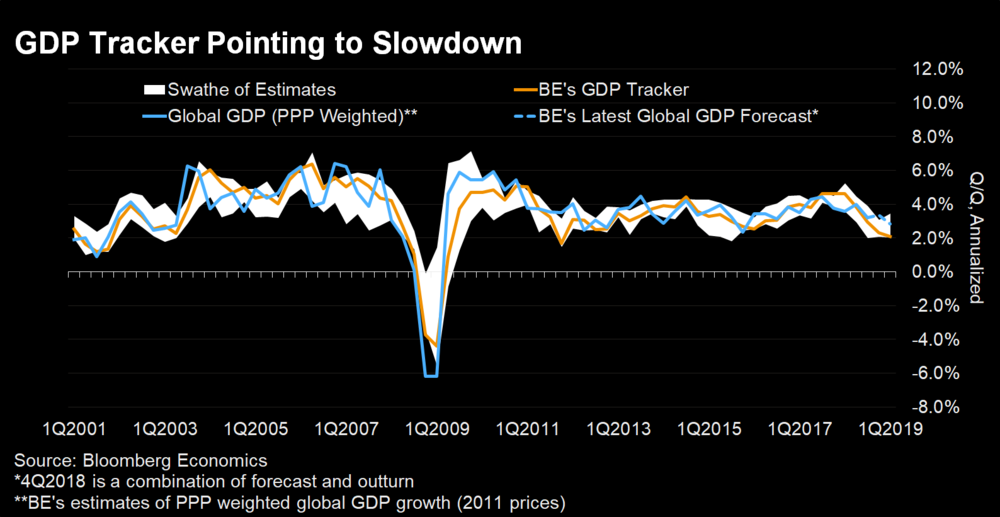 This overvaluation has been well disguised as after tax earnings have been boosted by tax cuts, buybacks, and other adjustments. A cleaner view of core earnings comes from pre-tax earnings, which are broadly unchanged since 2012. No real “organic” support for US equities here. 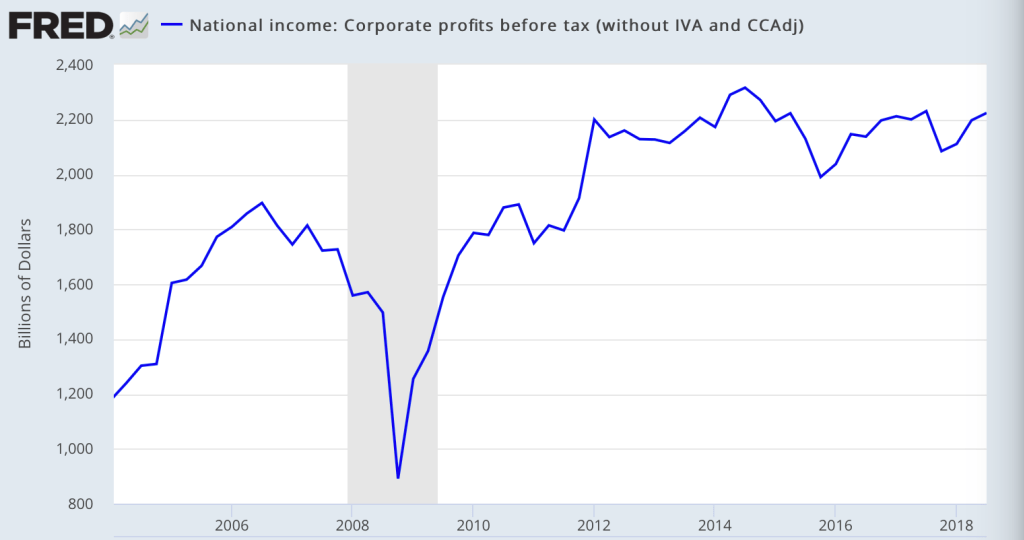 Perhaps the most absurd central bank distortion of all is in negative interest rates. With the turn down in the world economy bonds are rallying again and the amount of negative yielding bonds is growing again back to $10 Trillion! This is the amount of capital that is now committed to a guaranteed long term negative return!

Can Central Bank distortions continue for ever? Or are we reaching the limits?

After 10 years of heavy intervention from central banks, many US investors now seem anchored to the idea that these bizarre market extremes are eternal. However, it is important not to ignore the growing impotence of most other central banks, who have not been able to manipulate equity markets with the same success, even with their new negative interest rate invention, untried for around 5,000 years as best as I can tell.

In the case of Japan, central bank intervention has been legendary and yet the Japanese stock market is still down around 50% from where it was 30 years ago! 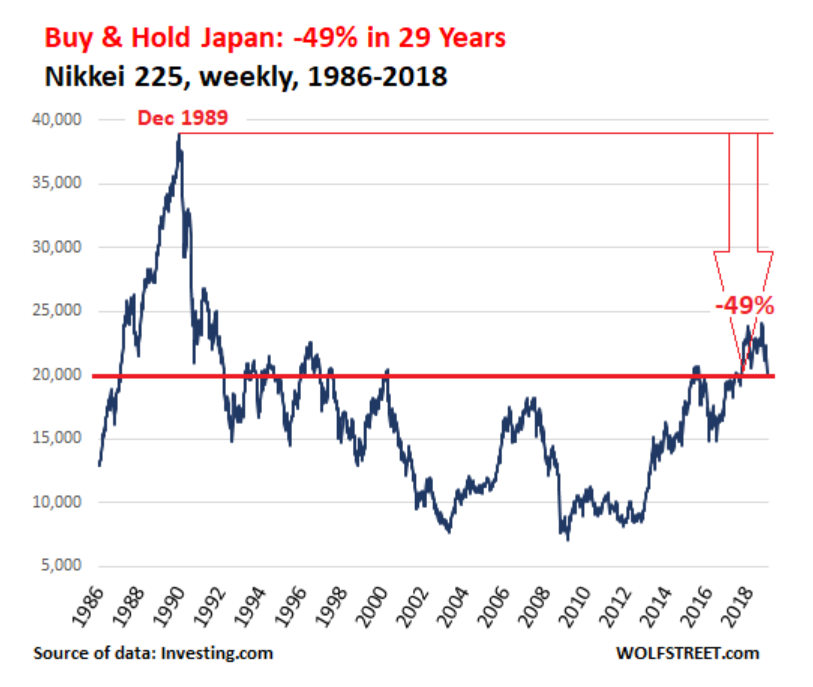 The European experience is similar. 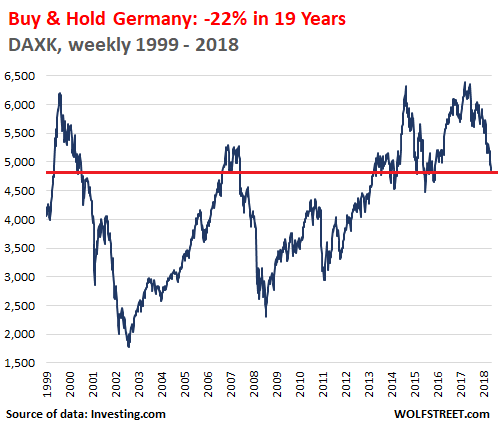 Buybacks seem to have been more effective in supporting the US stock market, and are exploding higher. 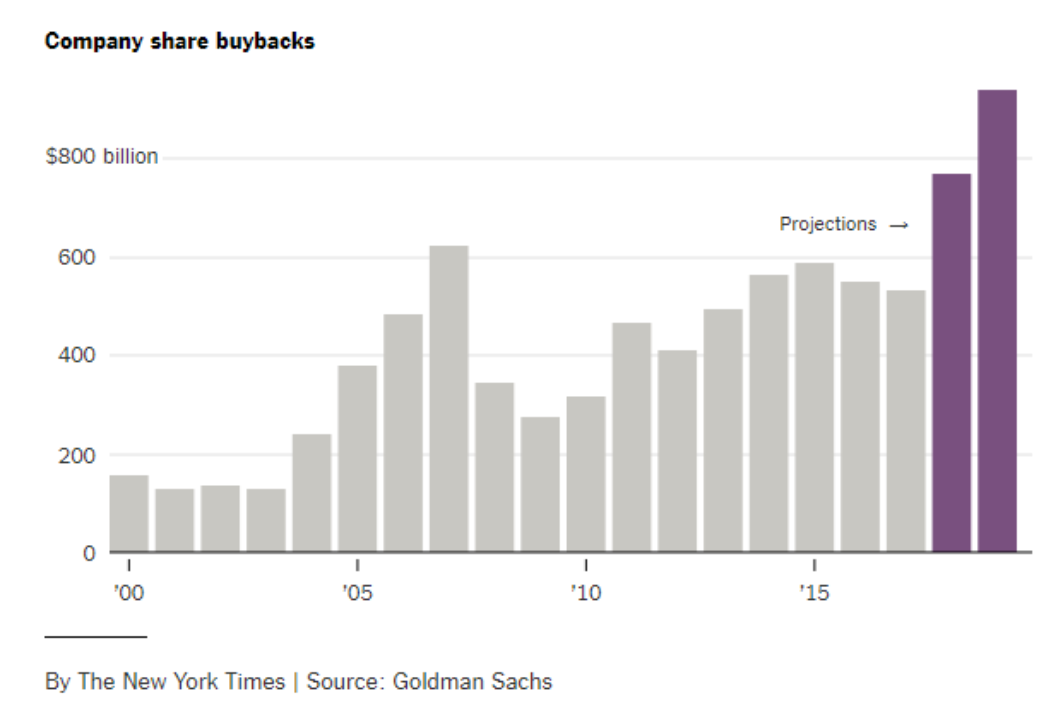 In moderation buybacks can make some sense, however:

“As the Financial Times recently penned:

“Corporate executives give several reasons for stock buybacks but none of them has close to the explanatory power of this simple truth: Stock-based instruments make up the majority of their pay and in the short-term buybacks drive up stock prices.”

A recent report on a study by the Securities & Exchange Commission found the same:

SEC research found that many corporate executives sell significant amounts of their own shares after their companies announce stock buybacks, Yahoo Finance reports.”

“What is clear, is that the misuse and abuse of share buybacks to manipulate earnings and reward insiders has become problematic. As John Authers recently pointed out:

“For much of the last decade, companies buying their own shares have accounted for all net purchases. The total amount of stock bought back by companies since the 2008 crisis even exceeds the Federal Reserve’s spending on buying bonds over the same period as part of quantitative easing. Both pushed up asset prices.”

In other words, between the Federal Reserve injecting a massive amount of liquidity into the financial markets, and corporations buying back their own shares, there have been effectively no other real buyers in the market.”

There are, of course, natural limits to buybacks. Corporate balance sheets can only get leveraged so far before companies put themselves at risk. I believe we are clearly close to that point.

Corporate debt in the US and around the world is reaching record levels. Compared to previous bubbles corporate balance sheets are already stretched beyond prior record levels. 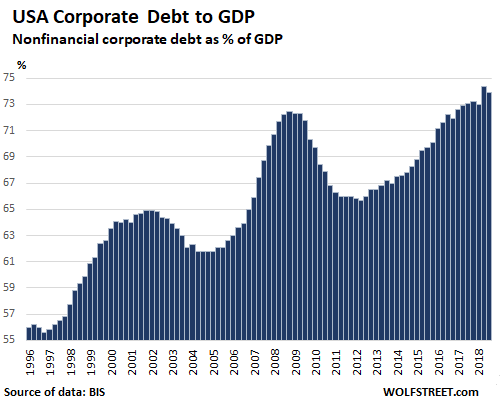 If you are a US equity investor with a commited long term allocation to “long only” US equities, then this is what you are ignoring:

2. The lowest 12 year expected returns in history at MINUS 1% in nominal terms, in other words, not allowing for inflation or tax.

3. The failure of even negative interest rates to boost growth or inflation in either Japan or Germany.

4. The failure of ever expanding government debt and central bank asset purchases to boost growth or inflation in either Japan or Europe.

6. The weakest growth in the world economy since 2008.

7. The extreme flattening of the US yield curve that has preceded almost all financial crises since 1952. 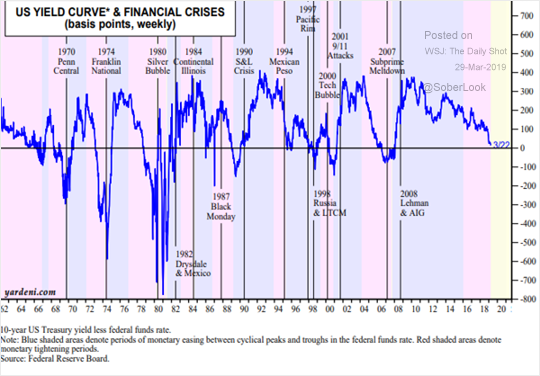 Essentially you must have remarkable faith in the Fed and buybacks, even though both factors have now become extremely challenged at a time when US equities are at the highest valuations in history.

The policy challenge to keep the US from a recession is building.

The new Macro Watch video forecasts US credit growth for the next three years by looking at the borrowing capacity of all the major sectors of the economy.  It shows that credit growth will remain too weak to drive the economy. That means the economy will remain dependent on asset price inflation if it is to avoid falling into a recession.

The economy’s dependence on asset price inflation has made the Fed the hostage of the stock market.  The Fed cannot afford to let stock prices fall. We saw that clearly when the December stock market selloff forced the Fed to stop hiking interest rates and to call an end to Quantitative Tightening.

If lower interest rates are not enough to keep the economy from falling into recession, the Fed won’t hesitate to launch another round of Quantitative Easing.  Three years passed between the time Quantitative Easing ended and Quantitative Tightening began. QT is now scheduled to end in September this year. It is unlikely that three more years will pass before QE resumes.”

Richard Duncan describes a reasonable outlook for policy over the next year. Investors should be aware that this would still only place the US in the same trap that Japan and Europe are in.

The key factor in any strategy is the risk assessment. Investors should know where their investments are in the return to risk grid below. 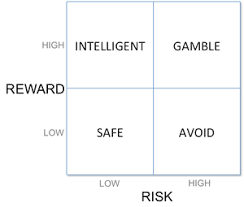 The same portfolio of the last 10 years does not stay in the same part of this grid as macro conditions, prices and valuations are  changing all the time.

In my opinion a long term allocation to a “long only” US equity strategy is now, as clearly as it can be, in the AVOID box. The risk is extraordinarily high, and the long term reward is negative in nominal terms.

Too many US equity investors have become anchored to the extraordinary interventions that have unnaturally elevated US equities to the highest valuations in history.

This should be regarded as a windfall gain, not as a permanent wealth creation strategy. With the drivers of these unprecedented conditions now exhausted, it has become an urgent matter to review strategy.

The information provided herein is educational in nature and not designed to be a recommendation for any specific investment product, strategy, plan feature or other purposes. Accordingly, it should not be construed by any consumer and/or prospective client as solicitation to effect, or attempt to effect transactions in securities, or the rendering of personalized investment advice for compensation. CB Investment Management and/or Chris Belchamber are not an attorney or a tax professional and the information contained herein should not be considered tax or accounting advice, legal or regulatory advice. This material is not suggesting a specific course of action or any action at all. Communications such as this are not impartial and are provided in connection with advertising and marketing. Prior to making any investment or financial decisions, an investor should seek individualized advice from a personal financial, legal, tax and other professional advisors that take into account all of the particular facts and circumstances of an investor’s own situation.