“The Most obvious “Black Swan” ever! ” – Mark Spitznagel

2 branches of the Fed flash recession warning! Even as the Fed says rates are going up?

Asset valuations are at record levels.

Nothing can be fixed without a “Big Reset”

The great majority of investment advisor assets have a stable or static portfolio allocation. Perhaps, in stable financial and economic circumstances there is a case for this. However, it has become very clear that both financial and economic conditions  have become extremely unstable. Any static allocation approach runs a significant risk of not being able to adapt to rapidly changing circumstances.

As these have pointed out, central bank policy hasn’t worked, probably can’t work, and the market no longer even respects new policy announcements. Stephen Roach puts it  this way:

“In what could well be a final act of desperation, central banks are abdicating effective control of the economies they have been entrusted to manage. First came zero interest rates, then quantitative easing, and now negative interest rates – one futile attempt begetting another. Just as the first two gambits failed to gain meaningful economic traction in chronically weak recoveries, the shift to negative rates will only compound the risks of financial instability and set the stage for the next crisis.”

They are irrelevant!  ZIRP and QE never get there. They just deform, distort, degrade and destroy free financial markets, turning them into casinos of crony capitalist corruption.”

<!--<a href="http://davidstockmanscontracorner.com/silver-linings-keynesian-central-banking-is-heading-for-a-massive-repudiation/">http://davidstockmanscontracorner.com/silver-linings-keynesian-central-banking-is-heading-for-a-massive-repudiation/--? "The Most obvious "Black Swan" ever! " - Mark Spitznagel http://www.bloomberg.com/news/videos/2016-02-17/has-the-market-crash-only-just-begun Global policy failure also means extreme economic instability. According to ECRI, the global economy is now in a deep protracted slowdown, with all major economies experiencing slower growth simultaneously. The main benchmark for shipping rates is the Baltic Dry Index. Just this year it has fallen to a new all time low, breaking below even the 2008/09 low.

ECRI explains: "Today it’s increasingly obvious that the Fed needs to backtrack bigtime, and there’s growing talk of a return to ZIRP and QE, and even negative rates. In effect, the Fed’s grand experiment is failing, so the U.S. is becoming Japan.   Abenomics is clearly tottering, with GDP growing 0% on 2014, and 0.4% in 2015, and we now see Mr. Kuroda going to negative rates in desperation.  And in China there’s been a major loss of confidence in the ability of their leaders, who were seen as infallible technocrats, to navigate a smooth transition to a consumer driven economy. This is why we wrote that “those who are thought to walk on water cannot afford to be seen to have feet of clay.”" https://www.businesscycle.com/ecri-news-events/news-details/economic-cycle-research-ecri-highlights-from-bloomberg-interview

2 branches of the Fed flash recession warning! Even as the Fed says rates are going up?

http://www.zerohedge.com/news/2016-02-20/even-fed-flashing-recession-warning The global currency system isn't working Fed tightening into a potential US and global recession has created enormous economic problems and a huge US dollar rally. http://www.oftwominds.com/blogfeb16/pegs2-16.html This leaves many emerging markets very short of dollars given their sizeable dollar debts. In addition their domestic debts are also very problematic too, as John Perkins of "Economic Hit Man" fame, points out. 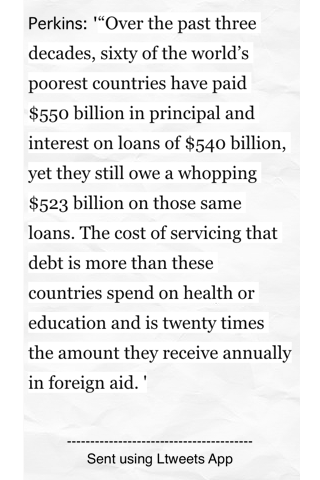 Asset valuations are at record levels. There are now more government bonds around the world trading on negative yields than ever before. Obviously, this is an all time extreme high level of valuation. One could certainly argue that negative interest rates are even unnatural, or would not even happen but for central bank theories and distortions. Nevertheless, arguably US equities are extremely expensive too. The yield on 30 year treasuries is around 2.6%, but this is still well above the long term expected return on the S&P 500 of  just around 2% nominal per annum, according to John Hussman's calculations. 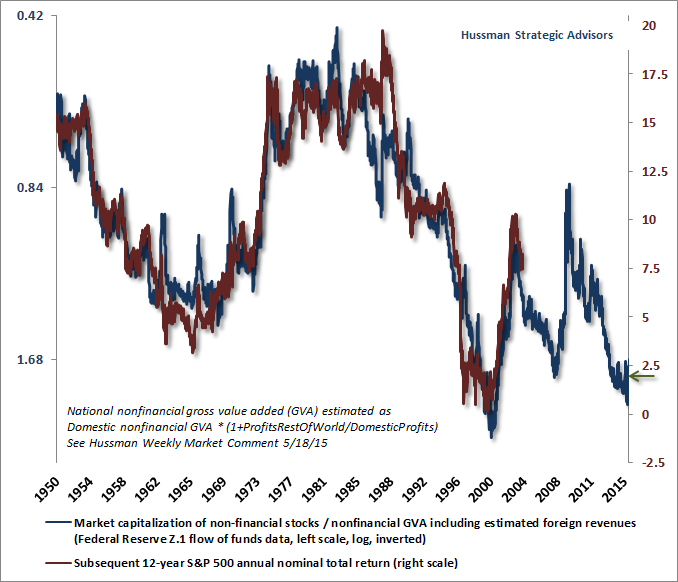 http://www.hussmanfunds.com/wmc/wmc160222.htm Nothing can be fixed without a "Big Reset" How long can global recession risks rise, global debts continue to rise, global trade fall, and asset values remain at historically extreme levels? All this with current policies obviously failing to improve circumstances. Or making them worse! This is clearly a highly unstable and uncertain situation. This is clearly a complex system far beyond central banks ability to manage. So the path through this will be highly unstable and largely unpredictable given the continuing extraordinary behavior of the central banks. 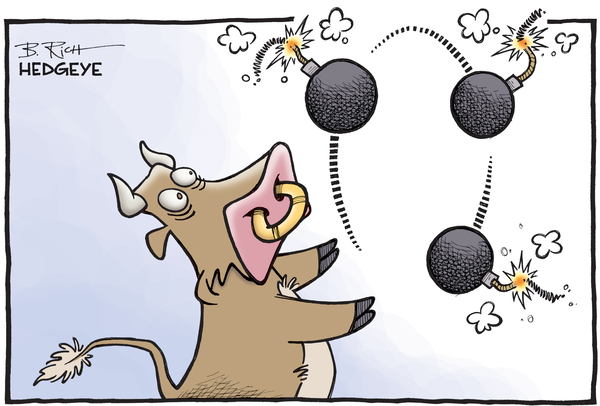 Why Cycle Dynamic Systems Now? How can an invested foresee how and when this will be resolved? Any asset price could suddenly reverse depending on central bank intervention, policy changes,  unstable economic conditions, or valuation resets. What stable asset allocation can handle all that? Is there really a simple  static allocation solution to a highly dynamic complex system? Could there be any one static allocation that will consistently make sense in this environment? If not do investors have a successful dynamic allocation process that can handle these predicaments? This I why the Cycle Dynamics Systems were created. This is a selective and adaptive allocation system, tuned to reflect the dynamics of markets and natural cycles in real time. The astonishing model track records are available here: https://chrisbelchamber.com/cycle-dynamics/ These systems provide highly adaptive and cyclical allocations in tune with the markets in real time. Not only have the models managed to consistently outperform the main benchmarks over time, they have done so with consistently lower volatility. Investors do not need to engage in asset allocation decisions beyond the model allocation level, as the systems automatically adjust in tune with the markets and economic cycles to different allocations. For example, using a combination of the models the range of different allocations that would happen automatically is as follows:

Cash is very much a part of the dynamic allocation strategy. Strong trend strength is a key element in addition to cycle orientation. This is also why the risk of these strategies is remarkably low even with consistent model outperformance relative to benchmarks. In 2015 central banks still had significant impact on markets. However, they were diametrically opposed to natural cycles by raising rates into a low inflation economic downturn. This created chaos in the markets and left very few investments higher over the 2015 calendar year. However, central bank influence and credibility is now well past its peak. In these conditions cyclical forces, which can only temporarily be delayed have much less resistance. At this point central banks will have a hard time containing natural market and economic cycles. It is a good time to raise the Cycle Dynamic System Allocation.