Central banks (BIS) say their actions have “started to backfire”

Recent rise in US delinquency rates on bank loans is shocking

The chart above shows the relentless decline in the share price of Deutsche Bank, almost exactly in line with the Lehman’s bust 8 years ago. Deutsche Bank is now trading at a new all time low, and well below the low of 2009!

The real economic problem is that the global banking system is on its last legs. The central banks know it. The IMF knows it. The billionaire investors know it. They are even telling us they know it!

“Considering two of the three most “globally systemically important”, i.e., riskiest, banks just saw their stock price scrape all time lows earlier this week, we wonder just how nervous behind their calm facades are the executives at the ECB, the IMF, and the rest of the handful of people who realize just close to the edge of collapse this world’s most riskiest bank (whose market cap is less than the valuation of AirBnB) finds itself right now.” 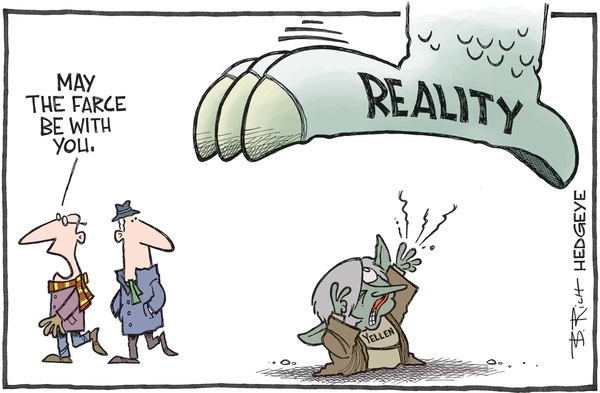 “But don’t worry, this €56 trillion in exposure, should everything go really, really bad is backed by the more than equitable €575.2 billion in deposits, or just 100 times less. Of course, a slightly more aggressive than normal bail-in may be required in case DB itself has to follow the footsteps of Cyprus…”

Central banks (BIS) say their actions have “started to backfire”

“Monetary policy is running out of room for maneuver,” said Hyun Song Shin, head of research at the BIS, in an interview. “It is not clear how much further stimulus of the real economy can be achieved using monetary-policy tools alone without inviting unwanted distortions.”

Recent rise in US delinquency rates on bank loans is shocking

“December’s rate hike clearly resulted in a change of tides: delinquency rates have bottomed and are on their way up. And do not forget the following: the fact that delinquency rates no longer decrease but began to increase, has always been a clear warning signal for a recession — at least during the past twenty years. And over that same period, this indicator never gave a “false positive,” in contrast to many other (recession) indicators.” The largest economic block in history has been the US in combination with China. This has been the main world economic driver. However, this block has begun to stumble badly. Richard Duncan has done some great macro work on this key indicator of global growth.

The results of this study are fascinating. For example, we see that before 2008, US credit growth drove the Chimerican economic engine, while Chinese money creation financed the US debt. That arrangement was turned upside down after 2008. In absolute terms, Chinese credit growth has been far larger than US credit growth since 2008. Moreover, the Fed has joined the PBOC in printing trillions of dollars, thereby greatly reducing US reliance on China to finance the US government’s budget deficits.

We go through the long list of reasons why the Chimerican relationship is becoming increasingly frayed. Most important among these being: 1) the United States is no longer economically strong enough to keep up its end of the bargain; and 2) China’s economic bubble has grown so large that it has become unstable domestically and destabilizing internationally.

With China now slowing sharply and the US unlikely to rebound, Chimerica is shifting from being the driver of global growth to being a drag on growth and a source of destabilizing deflation. In 2015, Chimerica’s imports contracted by 9%. Exports fell by 4%. Chimerican central bank assets shrank by 5%. Credit grew by only 4%. This hard landing has already dealt a severe blow to the global economy.