The European Central Bank raised interest rates to zero with consumer confidence at an all time low.

“The entire notion that central bank policy makes or breaks the economy is the original Policy Error #1. … Waste is not growth, and neither are the unlimited expansion of debt and speculative bubbles.“
Charles Hugh Smith

Although the Fed admits they have little understanding about inflation they believe they are now fully on it. At the same time as they are tightening aggressively to contain inflation, they now seem unaware of the economic track record of doing this in an economic slowdown that Fed Chair Powell says he does not see.

The evidence strongly suggests that tightening into a slowdown will simply deepen the downturn. Now the European Central Bank (ECB) has joined this tragic trajectory, in even more challenging circumstances.

The slowdown is likely to deepen further, and the market is signalling deeper quad 4 economic conditions, declining rate of change of growth and inflation, are indicated in both the US and Europe for the foreseeable future.

The latest data confirms this trend. 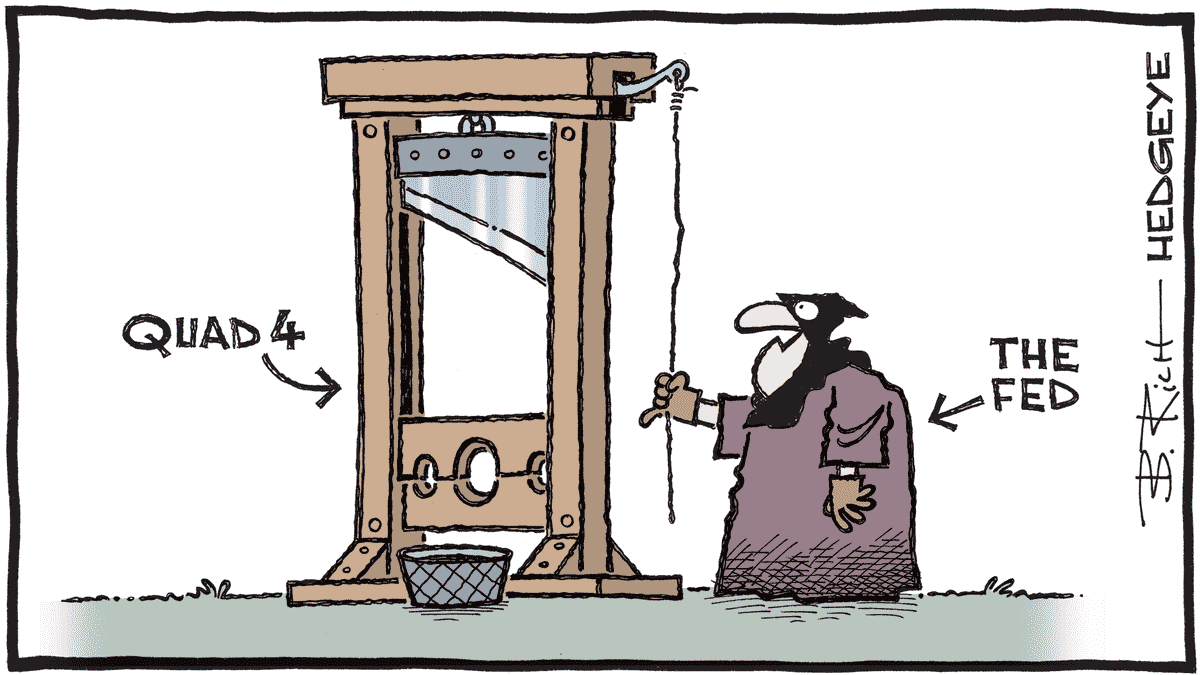 Will US Earnings Season Reflect the Economic Slow Down?

The chart below shows that, in cycle terms, earnings growth is at a challenging juncture. As shown in recent Weekly Insights, this is not what Wall Street’s earnings expectations are showing. 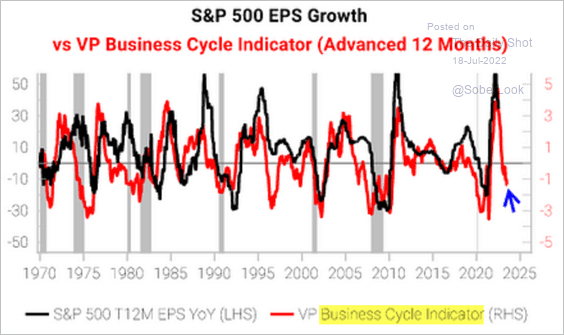 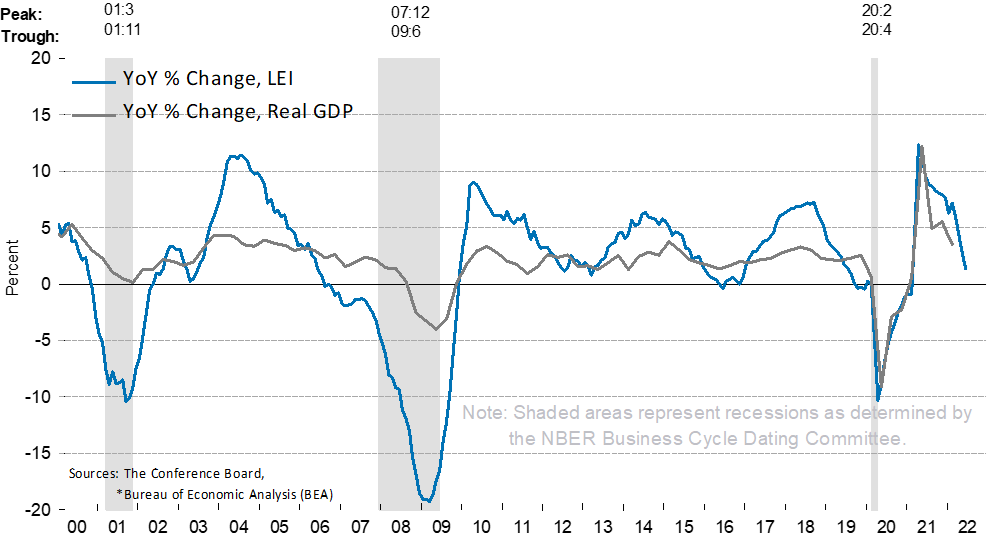 and the Philly Fed Index has slowed to a cycle low of -12.3 in July… 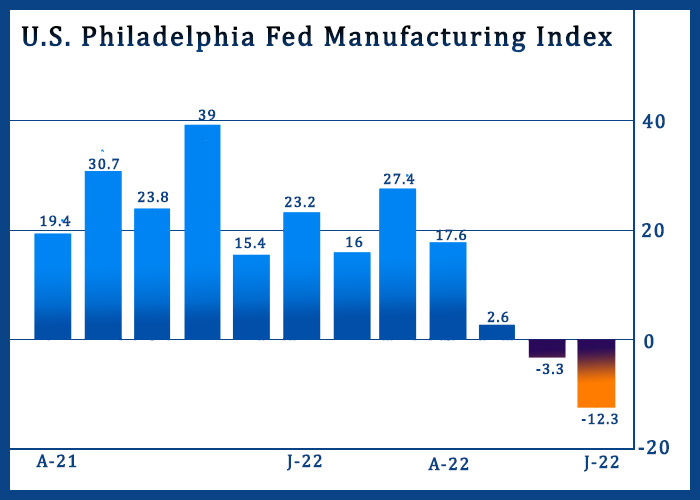 Money Supply has started to contract… 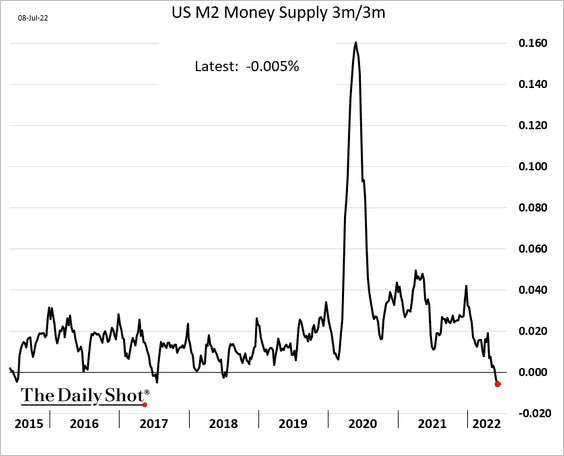 With most of the big banks earnings out, the financials sector has a -28% drop in YOY earnings.

Bank and financial stocks have a tight relationship with the Treasury yield curve as shown below relative to the 2 year to 10 year yield spread. 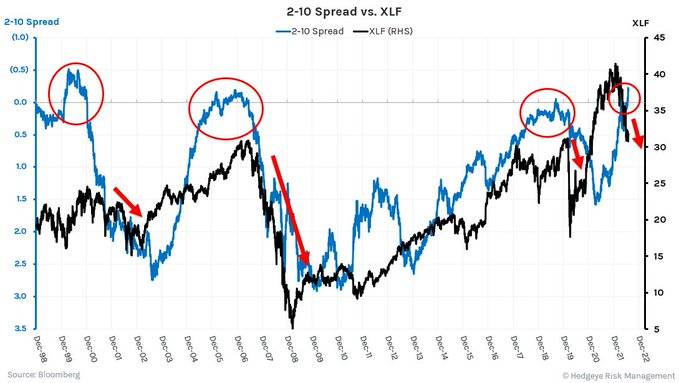 While financials have corrected significantly this year, they are still at the 2006 and 2020 highs. At the same time the yield curve is at lower lows than even the 2018 or 2006 lows. History suggests that the greatest falls in financials comes after the yield curve has gone past its lows, and so this has yet to come.

The ECB raised interest rates by 50 bps on thursday and keeps their hawkish stance for more rate hikes in the coming meetings. 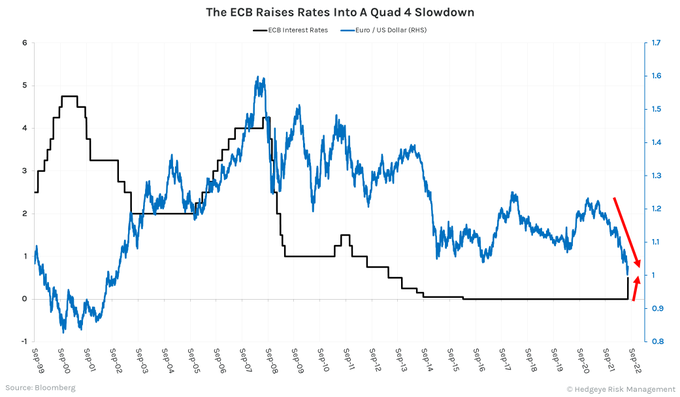 The chart above shows the recent collapse of the Euro against the dollar. This makes European inflation even more problematic than in the US, which now already has much higher interest rates. Europe clearly has acute problems to address and many unresolved issues.

Raising rates into a #Quad4 slowdown is never bullish for equities. Most Europeans may not welcome tighter policy given that consumer confidence has already fallen to a new all time low. 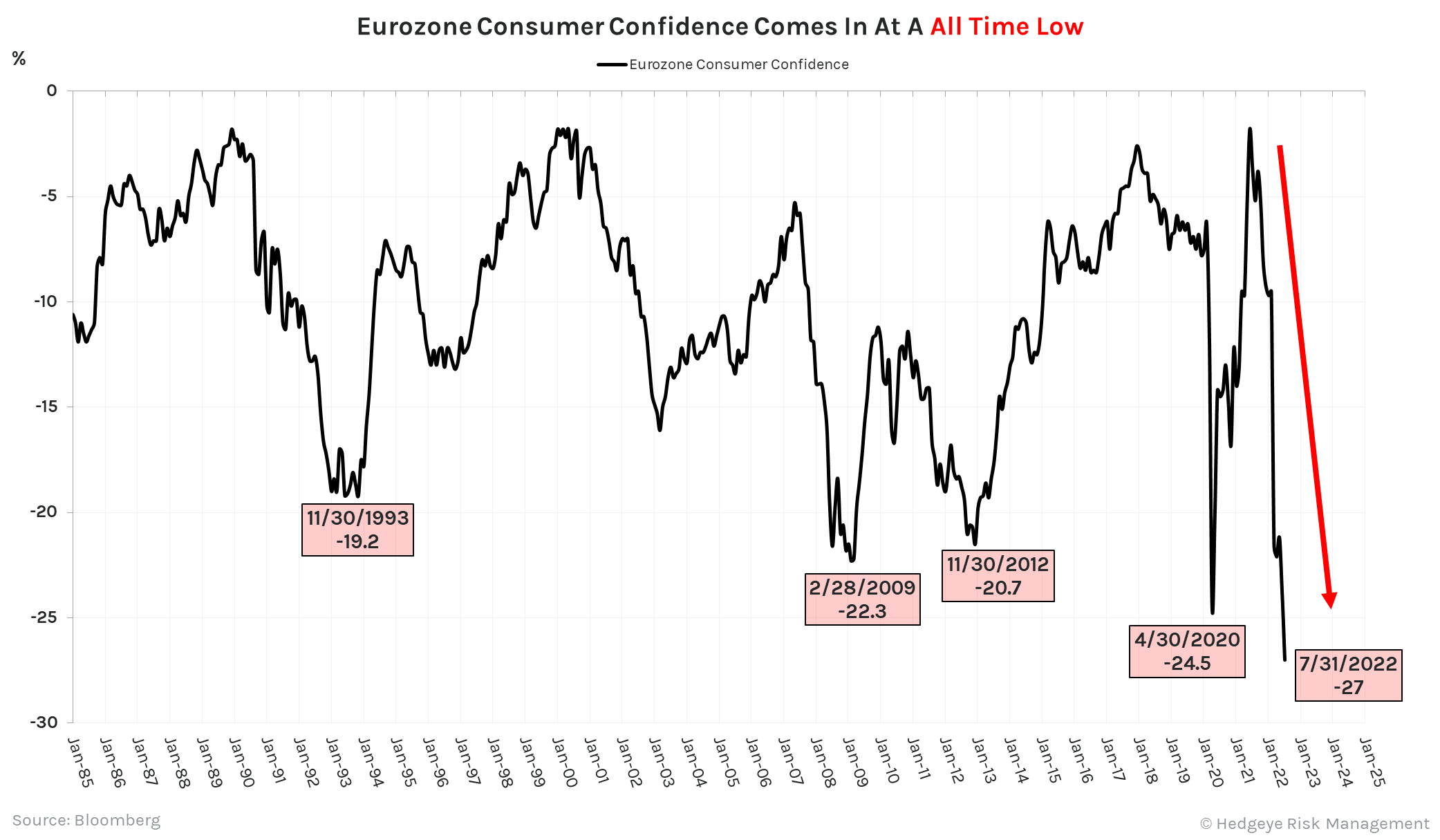 The Common Global Problem is Central Bank Policy Itself

The common problem that will have to be faced, sooner or later, is that for several decades now, the constant acceleration of global debt, shown below, has not been matched by an increase in global growth. Now, in addition the timing of central bank policy execution is adding to instability and dysfunction. 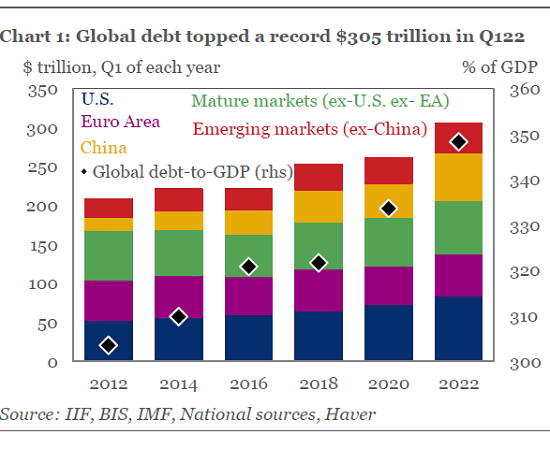