The Supernova Model Of Financial Collapse

​Every unsound investment has a very bad ending sooner or later

Central Banks Weakened The Economy To The Point Of No Return, With Massive Uncontrollable leverage Just Like LTCM

The ascendancy and demise of what became the the world’s biggest hedge fund Long Term Capital Management (LTCM) is a highly instructive story for investors. Armed with more Nobel prize winning scientists on its staff than ever assembled before, or since, in a hedge fund, the fund seemed invincible for a time.
I was interviewed by John Meriwether, who ran the hedge fund, just a few months before it collapsed. Perhaps I said something about leverage, but for whatever reason I was fortunate not to have been offered a position at LTCM. The over confidence was incredible. Yet the flaw in the fund was childishly simple. Massive uncontrollable leverage.

The Federal Reserve and the whole banking system realized the problem far too late and met at an emergency meeting to deal with the collapse. The markets were very close to not opening once the hedge fund started to collapse, as described by general council Jim Rickards.
Long story short, and a very big lesson for every investor, if you are in an unsound financial investment, it won’t matter how good your short term returns are. In the end just about every unsound investment will have a very bad ending sooner or later.

The chart above shows how fast and violently this can happen.
Central Banks have made the global financial system unsound through excessive leverage 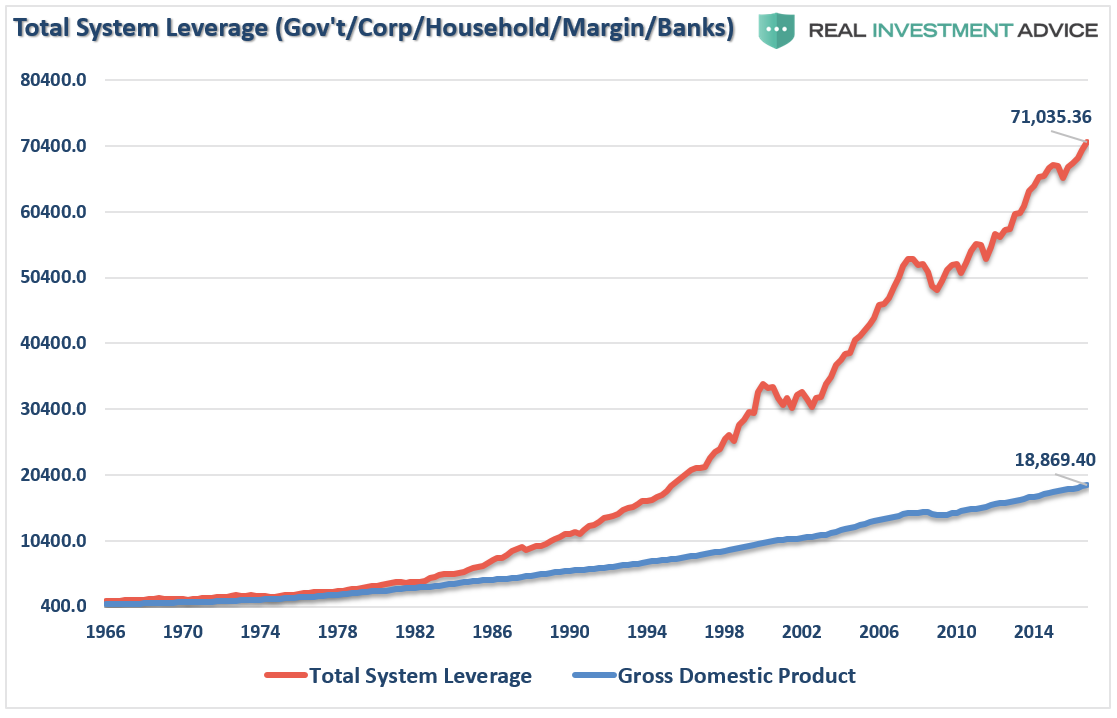 Central Banks Weakened The Economy To The Point Of No Return, With Massive Uncontrollable leverage Just Like LTCM

Most investors currently fail to understand that central banks have now put the whole financial system in the same place as LTCM. Charles Hugh Smith explains how we got here.

This is despite massive and ongoing “stimulus” measures 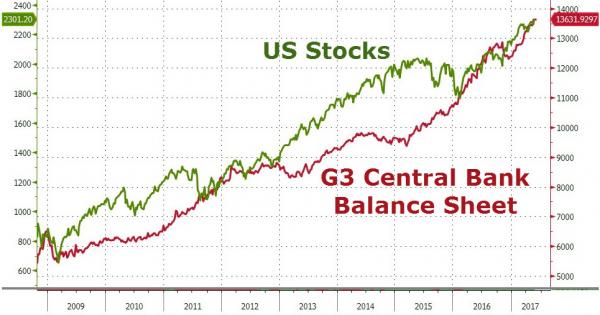 However well you think you have done with your investments the most important factor is what happens from here. We are all in a massive uncontrollable hedge fund economy, that the central banks think they can control. Yet the Fed, the banks and the nobel prize winning scientists failed to understand the much simpler example of LTCM!

Understand the dynamics of a Financial Supernova

“ … if earnings stagnate or decline while debt races higher, eventually earnings are insufficient to service the debt and default is inevitable. The other problem that arises as more and more of earned income goes to debt service is that there is less and less disposable income left to support consumer spending–the lifeblood of economies worldwide.

Once debt service absorbs a significant chunk of household earnings, recession is the inevitable result as spending collapses once more debt cannot be loaded on households. In other words, debt is limited by earnings. If earnings decline, or fall far behind the expansion of debt, eventually borrowers can no longer borrow more, or refuse to borrow more.

At that point, consumer spending falls and recession generates a self-reinforcing cycle of declining sales, profits, employment and wages. Recession further reduces the ability and appetite for more debt, and this acts as “gravity” in the super-massive debt-star.
Financial supernova collapse has two pathways which we call deflationary and inflationary. But the key point here is these are simply different pathways to the same result: the collapse of the financial system.”

Passive or discretionary investment is for those who believe there is a simple understandable silver bullet solution to the biggest financial supernova in history.

Regrettably both misunderstand the complexity and dynamics of the problem. The driver is central bank activity, which is not disclosed in real time.
For example, the Federal Reserve bailout amounted to about 29 Trillion dollars in 2008, and we only found out years later

http://www.levyinstitute.org/pubs/wp_698.pdf
Comprehensive … Cyclical … Adaptive …Tactical …
Adopt comprehensive tactical management. You need to have a comprehensive systemic and adaptive approach to get through what, when, and how this will unfold.