Are you paying attention?

Banking is not fixed

More extreme and ineffective policies on the way – banning cash?

What are experts with exceptionally good track records saying?

Investment strategy should not ignore these 4 things

Are you paying attention?

Economic data continues to show the rising probability of a global recession, even as economic policy has become increasingly lost and extreme. The chart above suggests that historically, economic  policy has never before become this ineffective.

It’s not just investors who should be thinking deeply about this. Every part of the economy will be impacted by how the financial system resolves the inevitable and increasingly necessary “Big Reset”.

First, in the US, it is worth analyzing the industrial production data for their clear and consistent message.

“Industrial production fell 0.7% in January 2016 which was slightly better than the (revised) -1.9% estimated for December. It was, however, the third consecutive month showing a decline and, more importantly, the 6-month average turned negative for the first time in the “cycle.” Industrial production, at least as far as the Federal Reserve’s estimated series for it, is actually a lagging indication particularly in the average. In other words, in every other cycle by the time the 6-month average falls below zero the recession is already several months old.”

“Collapsing emerging market investment. Since 2009, the entire global economy has been heavily dependent on the enormous, rapidly expanding investment of the emerging market (EM) economies, but the EM boom is dying.” 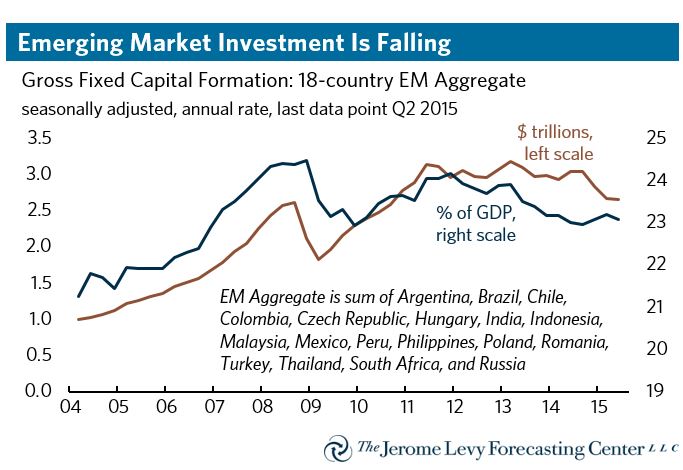 Banking is not fixed

“For the latest confirmation of just how trapped in a corner of its own making the Fed now finds itself, look, or rather read no further than the presentation given moments ago by St. Louis Fed president James Bullard before the CFA Society in St. Louis which was circular, confusing, illogical, and thus a splendid summary of the Fed’s “thinking” from beginning to end.”

More extreme and ineffective policies on the way – banning cash?

“The momentum to “ban cash”, and in particular high denomination notes like the 500 euro and $100 bills, is seriously picking up steam.

On Monday the European Central Bank President emphatically disclosed that he is strongly considering phasing out the 500 euro note.

Yesterday, former US Treasury Secretary Larry Summers published an op-ed in the Washington Post about getting rid of the $100 bill.”

What are experts with exceptionally good track records saying?

A good place to start finding solutions is to seek out the counsel of experts who actually have an excellent long term track record of being right. The ECB and Larry Summers don’t fit that description.

“[Central Banks] think they are smarter than the market,” exclaims billionaire investor Jim Rogers, “they are not!”

It should no longer be a mystery what the outcome has been of the Federal Reserve’s policies since 2007. Very few economists have the stature and track record of Dr. Lacy Hunt. In this 30 minute interview he brakes down the policies and their effects with startling clarity. He also reviews their remaining options and the likely consequences.

Investment strategy should not ignore these 4 things

Now we understand how stretched policy has become surely investors should understand that risks are higher than normal. Policy makers may not have a credible solution to a recession, which could already be on the way. That’s one.

Then investors should also understand that for now there are three major economic cycles that are all pointing in the same direction. The profit cycle, the economic cycle and the credit cycle are all firmly in an economically bearish direction. Investment strategy needs to incorporate some methodology for when this guy below is having his day! 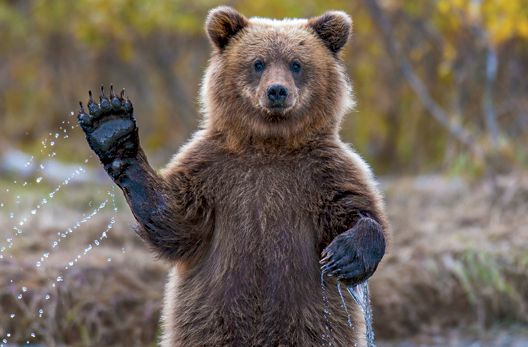